Performances Oct. 6 and 7 at Center for the Arts. 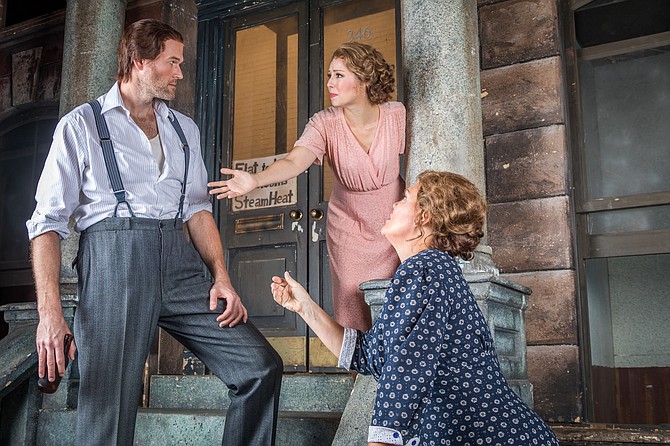 Opening its season at the Center for the Arts, Virginia Opera is presenting “Street Scene,” an American opera with music by Kurt Weill, lyrics by Langston Hughes and book by Elmer Rice. The opera, sung in English, takes place in and around a New York City apartment building one evening in June 1946. Tempers are boiling over among the diverse neighbors living in the same building in the stifling summer heat in days before air conditioning.

Adam Turner, Virginia Opera artistic adviser, said that the company selected “Street Scene” to open its season as an “ongoing commitment to its ‘First of Firsts Series.’” The series aims at providing audiences with productions never before seen on Virginia Opera’s stages.

“Street Scene” has “a musical palette of nearly every style; it’s an immensely engaging and luxurious score, rich with color and character,” said Turner. “The opera tackles serious themes of bigotry and xenophobia, of timely relevance, particularly given the civic unrest and political shifts occurring throughout the world today.”

The characters in “Street Scene” include Anna, an unhappily married woman and her short-tempered working-class husband Frank. There is also Sam Kaplan, who is in love with Rose, Anna and Frank’s daughter. Rose and Sam dream of escaping the confines of their tight-knit New York City neighborhood to find a better life.

In “Street Scene” things become knotty. There is gossip about Anna having an affair. Rose has to contend with unwanted advances from her boss. Then there is the rage of Frank when he finds his wife Anna with another man, in their apartment. Violence follows, leading Rose to make crucial decisions.

The Virginia Opera production includes Broadway dancers, a 24-voice adult chorus, a children’s chorus including members of the Governor’s School for the Arts Vocal Music Program. There is even a dog.

“Street Scene” was winner of the first Tony Award for Best Original Score in 1947.

With a rewarding musical score, “this is a work of modern-day relevance, with themes that resonate in the current global climate. ’Street Scene’ is a unique work of great American theater,” said Turner.