Walking Aboard History in Alexandria
Votes

Walking Aboard History in Alexandria 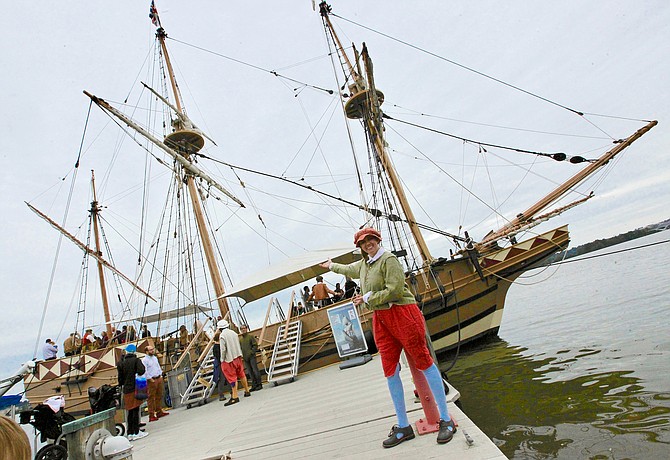 Items reflect life on the ship.

Parthenia Alexander Dade (Kerry McClure) informs visitors about the 18th century as they wait in line to oversee the deck of the Godspeed.

The replica Godspeed ship from the Jamestown Settlement docked in Alexandria over the weekend, and was open to the public for free tours. The ship, which sails around the region for a month every year, has traveled to the port of Alexandria a number of times since it first graced the port city with its presence in 2006 to commemorate the 400th anniversary of Jamestown. The 13-person crew of men and women live below deck in wooden bunks with mattresses and few modern conveniences and reported that the recent cold front made sleeping comfortable—except for the snoring.