Distinctive jazz stylizations of The Bad Plus. 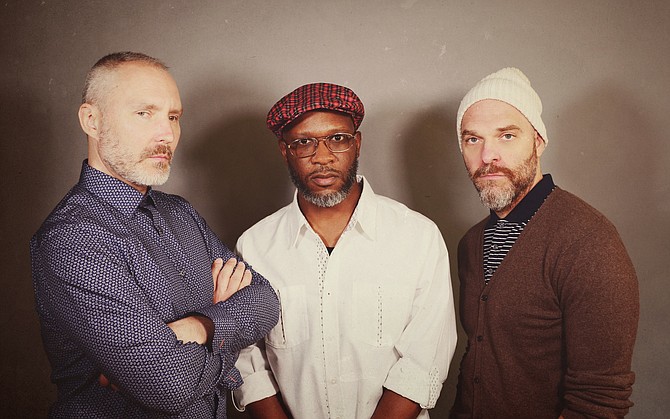 "The Professional Touring Artist Series at Reston Community Center (RCC) kicks off with an exciting and eclectic trio of events. The Bad Plus brings you searing jazz with a Rock and Roll sensibility, LGBTQ activist Armistead Maupin will delight you with hysterical reflections on his game-changing book and film 'Tales From The City,' and Robert Sapolsky will discuss his illuminating research on the neurobiology of behavior,” said Paul Michnewicz, RCC arts and entertainment director.

“I don't think you will find artists as diverse and as timely anywhere else.” added Michnewicz. “Don't miss these season openers or any of the sensational performances throughout the year at the CenterStage.”

“I am so happy to bring The Bad Plus to debut the Professional Touring Artist Series. Their music is fascinating; their personalities are extraordinary. I know you will love them,” noted Michnewicz.

The Bad Plus performance is titled “Never Stop II;” the name of the trio’s just released album. The group is a piano-bass-drums trio, noted for being passionate collaborators. The trio is pianist Orrin Evans, bassist Reid Anderson and drummer Dave King.

For those less familiar with The Bad Plus, they are an influential group noted for a fresh, jazz-funk infused style of music. The group is also noted for cross musical genre boundaries to explore all the infinite possibilities of musical notes. The trio has a legion of fans worldwide. Not long after the Reston CenterStage performance, The Bad Plus heads off to Europe for several weeks. Than returns to perform at The Village Vanguard in New York City.

The trio’s recent album, “Never Stop II” is all original music with each member contributing new compositions. The album’s titles range from “"Hurricane Birds," “Safe Passage,” “Lean in the Archway,” and “Kerosene II,” to name a few of the nine numbers. They are songs without words in which each member of the trio takes a lead role.

One last tidbit about The Bad Plus. Known for a diverse music style, the trio had a breakout triumph with a high-spirited cover of Nirvana’s mega-hit “Smells Like Teen Spirit.”