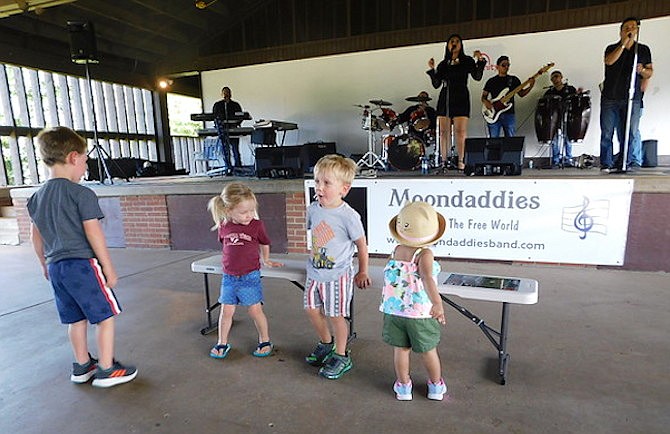 The nonprofit kicked off the year with an anniversary gala titled “50 Years of Neighbors Helping Neighbors” at the Belle Haven Country Club.

In May, United Community's Creekside Community Center held a celebration of community and partnership. This free family-oriented day showcased special appreciation for mothers and community leaders of all ages.

Sacramento Neighborhood Community Center held its celebration of community and partnership in June. This event was also free and family-oriented.

Charles Bolden Jr. delighted both children and parents with his stories about serving as an astronaut on three separate missions Bolden was the first African-American Administrator of NASA, a retired U.S. Marine Corps Major General, a former astronaut, and a long-time Mount Vernon resident.

He showed maps and answered questions, ranging from what it was like to be an astronaut, to what type of rockets NASA is building today to what it was like to take a photo of the earth from the moon. He also showed how much the earth’s atmosphere is warming up using time lapse photos.

The event highlighted student and teacher achievement and community leaders of all ages.

The first Battle of the Bands was also held in June. Spearheaded by Mary Beth Powers, this event featured an afternoon of music, food, and fun. More than 100 guests enjoyed performances from local artists Moondaddies (Rock), Kumbia Power (Latin), and The Mobile Church (Gospel).

Unfortunately, Uncle Fred’s truck broke down the morning of the event, so the organizers filled in with sandwiches from Costco, chips and salsa from Moe’s, and pizza.

Tom Curcio paid for Uncle Fred’s truck to be towed and the truck arrived midway through the event. The crowd greeted him with applause.

The year is not over. Upcoming United Community events include:

United Community is growing its network of supporters by reaching out to professionals, families, entrepreneurs, college students, and more, and attract them to join the United Community family.

Members of area faith and other organizations will participate in a two-day conference and discuss addressing local concerns and needs of the community. Ticket cost: To be announced.