Workers reserve right to walk off again if negotiations fail. 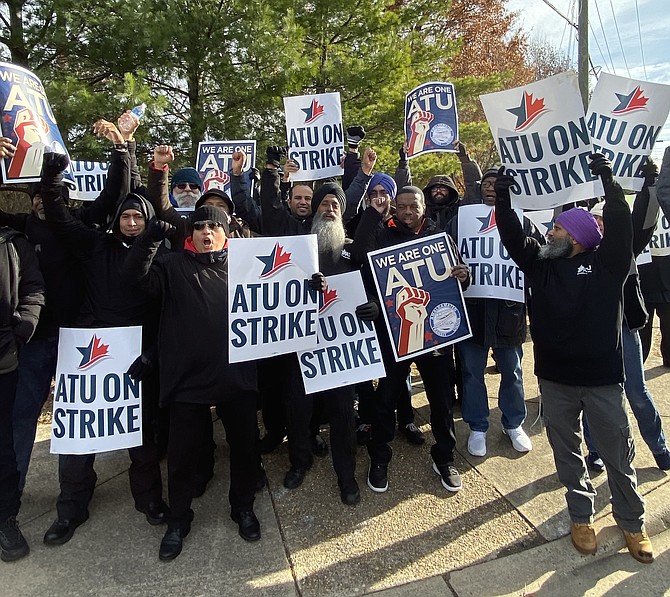 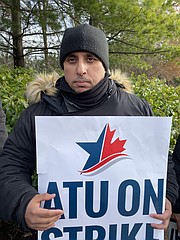 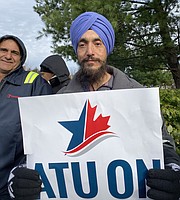 Late Sunday night, Amalgamated Transit Union announced the Fairfax Connector bus strike ended. Normal service was expected on Monday. "We still have items to negotiate, but our riders come first and foremost for us. We are going back to work because their support and that of elected officials and allies have helped us make significant advances at the table," said ATU International President John Costa. "Our strike was a victory, sending a loud and clear message to Transdev that we won't tolerate their unlawful tactics at the bargaining table. We do reserve the right to walk off the job again if the good faith bargaining by Transdev disappears."

According to Amalgamated Transit Union, the strike began Thursday, when more than 500 Local 1764 Transdev workers walked off the job. Fairfax Connector is a privatized transportation system in the region, managed by the French multinational corporation Transdev. On Nov. 9, workers overwhelmingly voted to authorize the strike if necessary. At the time, Local 1764 was in contract negotiations with Transdev, with workers "frustrated over poor treatment and unfair labor practices," stated Amalgamated Transit Union in a media release. Their current contract expired on Nov. 30.

BUS DRIVER Varinderpal Singh Kahlou of Chantilly stood with fellow picketers at the Connector Garage in Herndon on the Day Two of the strike, Friday, Dec. 6. "The strike is affecting me financially, and we are standing in the cold so health-wise too. We have been here since 3 a.m., and we will be here until 6 p.m. The company is hostile towards its employees, and we want a fair contract with increased pay, sick and vacation pay. …If these companies are not capable of running this Department, why not the County take over and stop wasting taxpayers' dollars.”

During the strike, Transdev could only operate 15 routes on a Sunday service, meaning 84 percent of service was shut down. ATU International President John Costa had said earlier, on Nov. 9, "Transdev has no place in Fairfax Connector, WMATA, or any other transit system...They care about one thing: making profits."

Local concern about the privatization of services has not solely been related to the Connector strike. Employees at the Cinder Bed Bus Garage expressed concern about the privatization of Washington Metropolitan Area Transit Authority services. Employees there had been on strike for more than 45 days. However, according to Amalgamated Transit Union: "Strong support has been growing for the Fairfax Connector and Cinder Bed Road strikes from riders, allies and elected officials, many of whom are very concerned about privatization. On Thursday, the Northern Virginia Transit Commission, which appoints a Board Member to WMATA on Virginia's behalf, passed a resolution further pressuring WMATA on privatization."

According to the Resolution: "In exchange for providing $154 million annually to the Washington Metropolitan Area Transit Authority for State of Goods Repair needs, the Virginia General Assembly imposed a 3 percent cap on increases to WMATA's annual operating budget. .. WMATA's management has used, or is considering using, a variety of strategies to reduce annual operating costs, including privatizing the operation at the Cinder Bed Road Bus Garage and is considering privatizing the operations of the Metro Silver Line. … The disruption of service has created significant hardships for transit riders in Northern Virginia... The Commission urges WMATA management to take a more active role by resolving the labor contract at the Cinder Bed Bus Garage so that that bus service can be restored to passengers as quickly as possible...the Commission urges WMATA to evaluate the effect of a two-tier wage and benefit structure between its own employees and contractor's employees in current and future contracting."