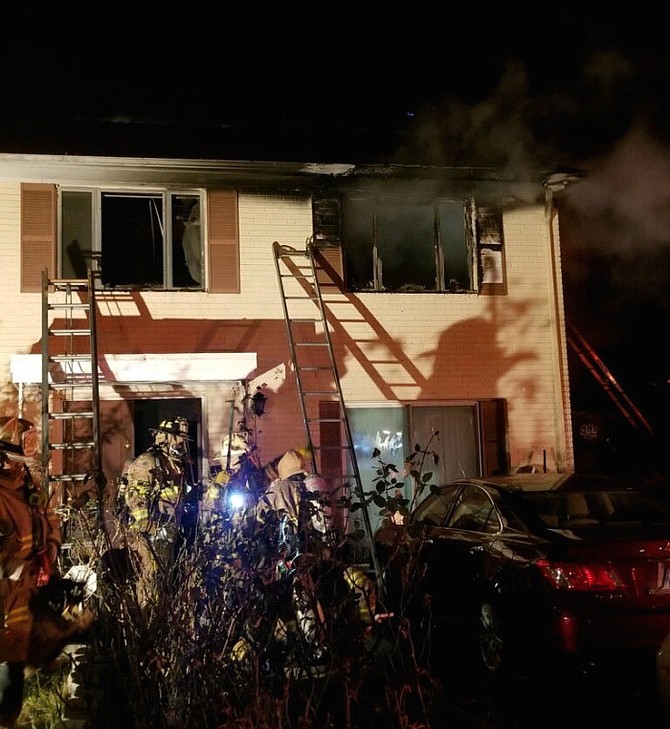 Damages as a result of the fire were approximately $93,750. Photo courtesy of Fairfax County Fire & Rescue Department

On Monday, Jan. 7, at 8:19 p.m., fire units were dispatched for a reported house fire in the 6300 block of Hibbling Avenue in the Springfield section of Fairfax County.

Units arrived on scene of a two-story, single family home with heavy fire showing on the second floor. Crews quickly extinguished the fire. There were no reports of civilian or firefighter injuries.

Two occupants were displaced due to the fire. Red Cross assistance was offered and declined by the occupants. Damages as a result of the fire were approximately $93,750.