Represents the United States at the 75th Anniversary of D-Day. 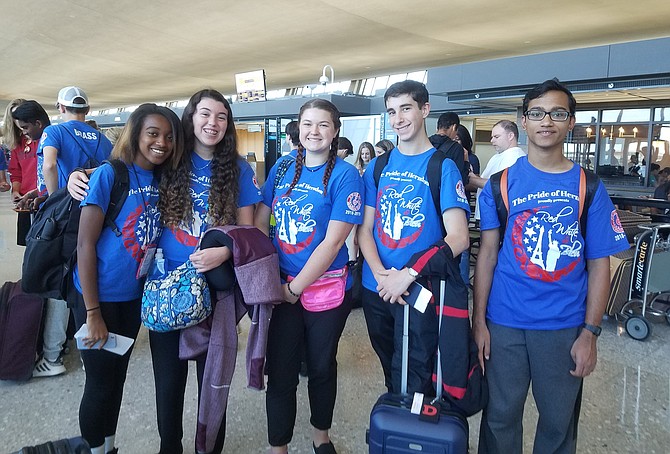 The first group of Herndon High School students, members of Pride of Herndon Marching Band, and support staff, departed for their long-awaited trip to Normandy, France, Tuesday, June 4, taking off early in the afternoon.

According to Herndon High School Band, the Pride will honor the World War II servicemen and women, veterans, active duty military, and their families and pay a special tribute to the men of the U.S.S. Herndon, the destroyer that led the Allied naval armada in the assault on France. The marching banner will have a photograph of the ship, and each student will carry a picture of one of the veterans as they march.