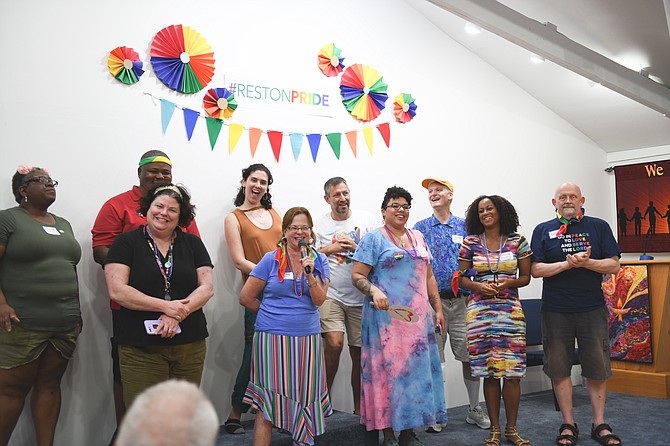 The first Reston Pride Festival was held in 2018. Photo contributed

The Second Annual Reston Pride Festival will be held on Saturday, June 1 from 2 to 7 p.m. at Lake Anne Plaza to celebrate and support Greater Reston’s LGBTQ+ community. The festival will feature choral groups, dancers, performers, and speakers. The event will be co-emceed by Delta B. Knyght, a Washington, D.C.-based Drag Entertainer, and Ken Williamson, music director for Washington Plaza Baptist Church and a former Las Vegas entertainer. In addition, the festival will have more than 40 LGBTQ+ friendly exhibitors. This child-friendly event is free and open to the public.