Another Option Coming for Commuters Inside the Beltway
Votes

Another Option Coming for Commuters Inside the Beltway

The I-395 Express Lanes are opening soon, and tolling will begin. 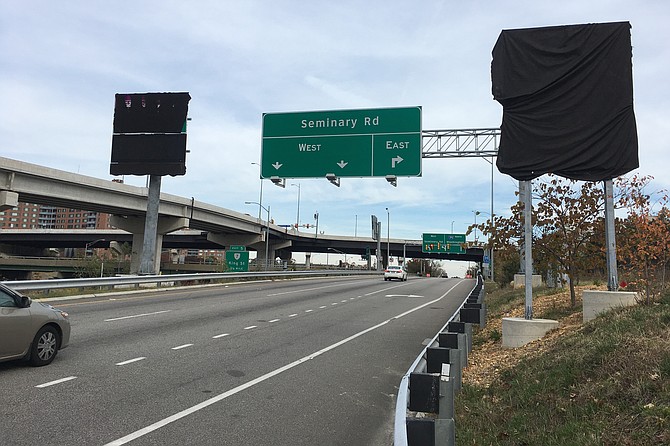 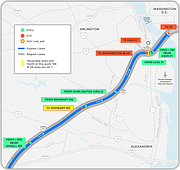 What drivers will need to know, northbound in the morning. 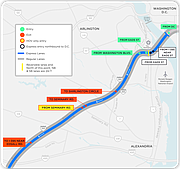 What drivers will need to know, southbound in the evening.

On Sunday, Nov. 17, commuters on I-395 can say goodbye to the HOV lanes of old and start getting used to the new I-395 Express Lanes when the Virginia Department of Transportation opens the latest stretch of toll lanes in Northern Virginia.

The lanes are closing Friday night that weekend and will remain closed so crews can make adjustments in the roadway, and they will reopen Sunday night, Nov. 17 as I-395 Express Lanes. This is going to provide another commuting option inside the beltway.

Originally, the 95 Express Lanes were going to cover I-395 as well, but a ramp was built on northbound I-395 between Edsall Road and Duke Street to allow vehicles that didn’t meet the HOV requirements to get back on the regular lanes of I-395 without a penalty. That ramp will still be open for vehicles to access I-395.

Beginning the evening of Nov. 14, new stoplights on S. Eads Street and the Pentagon reservation will be placed into flash mode until the lanes open on Sunday, Nov. 17. Virginia State Police and/or Safety Service Patrol will be on location to assist travelers.

Unlike other express lanes in the area, the express lanes on I-395 and I-95 are reversible, and there is a process VDOT uses to reverse the lanes. With the new lane configuration, the time it takes to reverse the 395 and 95 Express Lanes may take a bit longer during early operations because of the new stoplights at S. Eads Street.

Carpoolers who don’t have an E-ZPass Flex when the lanes open can contact the Express Lanes to register their license plate number for seven days of toll-free travel on the Lanes. The grace period is until Dec. 1 to give drivers time to order an E-ZPass Flex online or pick one up from an area retailer. Drivers can get an E-ZPass by signing up online, calling 877-762-7824, or in-person from E-ZPass Customer Service Centers or E-ZPass On-the-Go retail locations.

Now that the express lanes work is wrapping up inside the Beltway, that doesn’t mean the express lanes network on Virginia highways is complete. There is a project that extends the I-95 Express Lanes to Fredericksburg underway; a project on I-495 to extend those express lanes to the American Legion Bridge; express lanes coming to I-66 outside the beltway; and an additional express lanes ramp at Opitz Boulevard in Prince William County. All will require using the E-ZPass or E-ZPass Flex.

I-395 Express Lanes points to remember:

All drivers will need an E-ZPass or E-ZPass Flex to use the new 395 Express Lanes.