Project touches on revitalizing Woodlawn in tune with other historic elements. 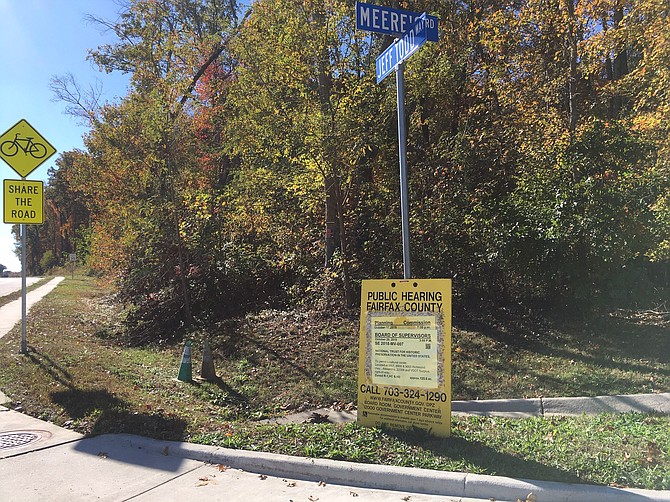 Plans for a Cultural Center in a wooded area along Jeff Todd Way just west of Richmond Highway moved forward in late October, as the Fairfax 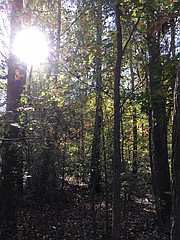 The cultural center will replace a forested area in Mount Vernon.

County Board of Supervisors approved the initial plans that were presented by the National Trust for Historic Preservation.

A Cultural Center is a building or area to present exhibits of cultural, scientific or academic materials, live theater and dance performances, musical concerts, cinema or lectures to the general public as a nonprofit enterprise, the Trust stated. In staff’s opinion, the application is in harmony with the Comprehensive Plan, subject to adoption of proposed development conditions to ensure safeguarding the heritage resources found in the Woodlawn Historic Overlay District.

The center is part of the effort to “vision the way that Woodlawn functions as a historic site,” said Scott Adams, of the Trust, in a testimony before the board on Oct. 29.

The area is 129-acre parcel of land that borders the northern boundary of Fort Belvoir, and it includes the Sharpe Barn complex that formerly had horses and riding lessons for area equestrians. The new cultural center will include an area for agricultural learning, as well as an outdoor dining facility, a brewery, and amphitheater. A section of road that was formerly Richmond Highway before it was shifted, will be used and a series of pedestrian trails will be included for cultural center access.

The Sharpe Barn will be a “new front door to Woodlawn,” Adams said.

Supervisor Dan Storck (D-Mount Vernon) has received “substantial community support,” for this project, he said at the hearing. “I think the product is an outstanding one,” he said. He also acknowledged there are roadway issues to consider and funding, which will all be looked at for this site in the future.

A date Storck was eyeing for completion was the nation’s 250th anniversary in 2026. “The expansion of the Woodlawn historic site is very exciting, especially as we continue to develop the Cultural Corridor and relationships between our various entertainment, heritage and historic resources here in the Mount Vernon District. Plans to activate the site with a seasonal outdoor restaurant, new gardens and greenhouse, education opportunities and new event space will greatly enhance the offerings of the existing Mansion, Pope-Leighey House and Arcadia. I look forward to future groundbreakings and ribbon cuttings,” Storck said.

Board Chairman Sharon Bulova reinforced the destination aspect for the project. “This looks really exciting,” she said.

According to Katherine Ward, the CoChair for the Mount Vernon Council of Citizens' Association, “the MVCCA thinks this is a great addition to the corridor and in particular to the southern portion of the area near the Mount Vernon Estate, and the Grist Mill. We believe it will spark revitalization in that area.” They submitted an official letter in support of their position.

A majority of the land for the new center is heavily wooded and building anything that is the size of the Cultural Center that is planned will require tree cutting and bulldozing, eliminating a part of the eco system along Jeff Todd. According to Storck's office, there are several large areas in the plans designated for tree preservation. The area that that is not designated for preservation notes that some select tree removal may be provided.

“It our understanding that this is related to restoring the original viewshed from the mansion to Dogue Creek, and is noted that way in the plans,” said Camela Speer, the Mount Vernon District communications manager.

The county does have a Tree Action Plan, and according to the goals of the Tree Action Plan, "we must also increase our forests, put trees at the center of comprehensive planning, set clear and measurable milestones to track processes toward our goals, and institute simple but effective communication capabilities to inform and educate the public, the private sector and government officials about the value of trees and efforts to preserve and restore them,” as stated on the plan, which is located on the county website. Storck’s agenda has historically emphasized environmental issues as part of his efforts in Mount Vernon, and even holds an environmental expo every year to alert everyone of the environment and global warming issues. Trees are instrumental to combat global warming.