For Season Opening: ‘Shades of Autumn’ in Annandale
Votes

For Season Opening: ‘Shades of Autumn’ in Annandale 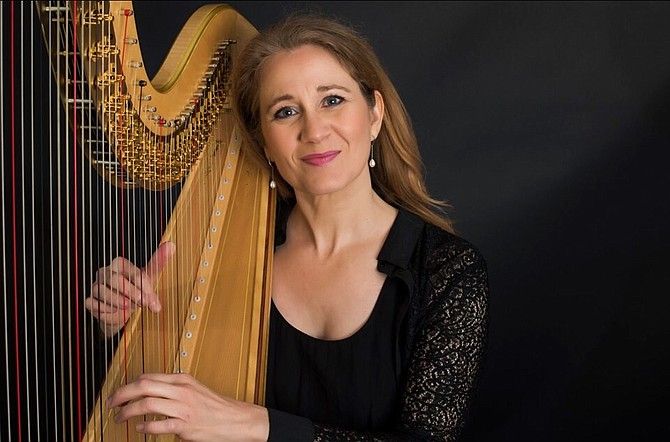 Since moving to this area in 2015, Frouvelle has divided her musical activities between the U.S. and France. Frouvelle will be featured in the work of influential French composer Claude Debussy. Debussy, composed the admired, well-known work “Claire du Lune.”

"I look forward to collaborating with Isabelle Frouvelle on the Debussy,” said Grandis. “She has studied with Pierre Jamet who performed this piece with the composer [Debussy]. So she has gathered crucial information on style, tempi and articulation from her professor and indirectly from the composer.”

Frouvelle will also play one of Arnold Schonberg’s early, romantic, very atmospheric compositions, “Notturno” (“Nocturne”) for Harp and Strings. “I love this piece; so delicate, subtle, and very representative of the impressionistic style. It is a palette of sounds as a painter on his canvas,” noted Frouvelle.

According to the VCO, Schonberg’s “Notturno,” was long believed to have been lost. It was only recently discovered under a different title at the Library of Congress.

“Transfigured Night” is a popular piece by Schonberg. It was written in an “earlier, more romantic style, when his musical heroes were Brahms and Wagner,” noted the VCO’s marketing information. It was inspired by a poem of the same name by Richard Dehmel. The subject matter of the poem created a stir when this musical work premiered in Vienna over a century ago. The first line of the poem is this: “Two people walk through the bare, cold grove.”

Another program highlight will be a modern spin on “Concerto Grosso” by the distinguished neoromantic American composer Vittorio Giannini. For Grandis and the Virginia Chamber Orchestra, Giannini is a composer who “deeply deserves to be rediscovered."