Sentences to be Heard in Alexandria
Votes

Sentences to be Heard in Alexandria 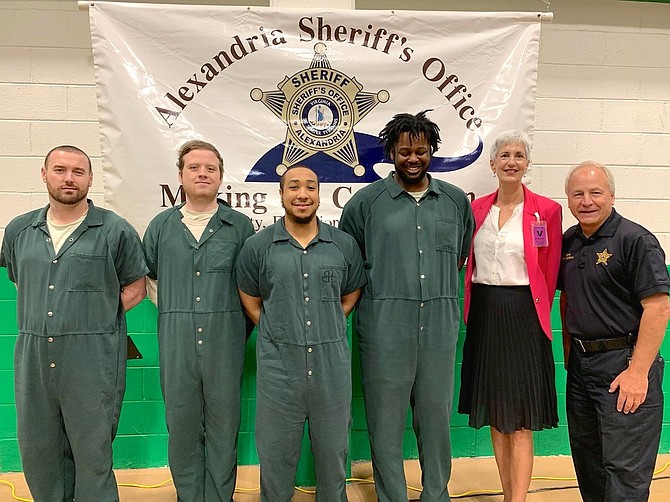 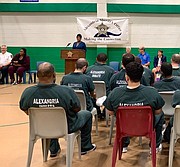 Inmates at the William G. Truesdale Detention Center in Alexandria shared their gift of writing Aug. 22 at the second HEARD Creative Writing Contest, with Sheriff Dana Lawhorne presenting awards to the winning entrants

Sixteen inmates submitted entries in fiction, non-fiction and poetry categories. Awards were announced for first, second and third place entries with some of the winners reading their works to those gathered at the ceremony.

In the nonfiction category, Michael Pixley took the top honors for “The Glass Window” and Joshua Mann finished second for “Bridge Building.” In fiction, Nicholas DeLuca won the top prize for his work, “Bliss,” and Hashim Barner finished first in poetry for his untitled entry.

Following the presentation of awards, two honorees shared their winning entries. DeLuca read “Bliss” and Barner read his poem to an audience of inmates, HEARD representatives and Sheriff’s Office staff.

HEARD was founded in 2017 by communications consultant Jane Hess Collins, an Alexandria resident and retired Air Force colonel. Through the program, participants were given the opportunity to submit original works of poetry, fiction and nonfiction in a competition.

Alternative Programs Manager Gloria Wright announced the first, second and third place award winners. Four of the honorees were present to receive their awards, although other finalists were released prior to the ceremony.

The HEARD program is privately funded through donations. For more information, contact Collins at jahcollins@gmail.com, call or text 703-282-6738.