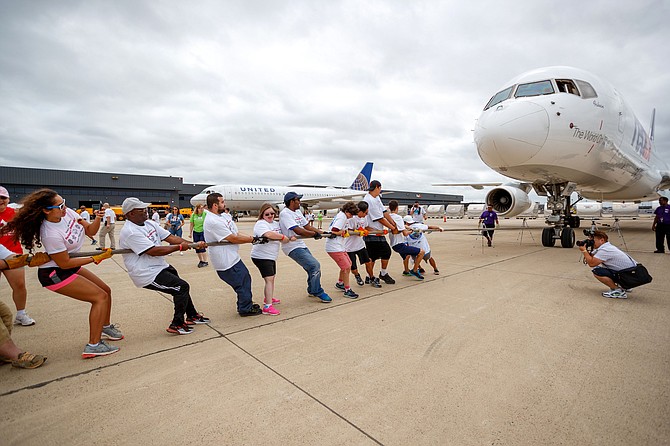 The 27th annual Dulles Day Festival and Plane Pull was held at Washington Dulles International Airport on Sept. 14. The event, presented by the Metropolitan Washington Airports Authority and United Airlines, has raised more than $2 million for the Special Olympics of Virginia since it began in 1992. This year, 59 teams competed to see how fast they could pull a FedEx Airbus A320 or a United Boeing 757 airplane 12 feet. The Chesapeake Sheriff’s Office won for the twelfth consecutive year. The Chesapeake team completed their pull in 4.95 seconds, beating the team from the Fairfax County Sheriff’s Office by just .01 seconds. 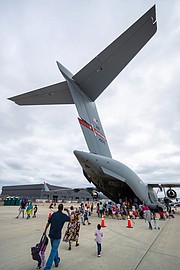 Families explore the inside of a C17 Galaxy transport aircraft from Martinsburg, WV. 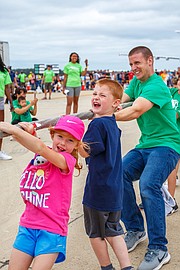 Elizabeth Jenkins, 6, along with her brother and dad, pull for team Freddie Mac of McLean at the Dulles Day Festival and Plane Pull on Sept. 14.

Visitors check out a FedEx race car and go inside a FedEx airplane.

Children take pleasure in trying to “Dunk a Cop!”

Chris Chavez and his service dog Avery are the anchors for Octo Consulting based in Reston.