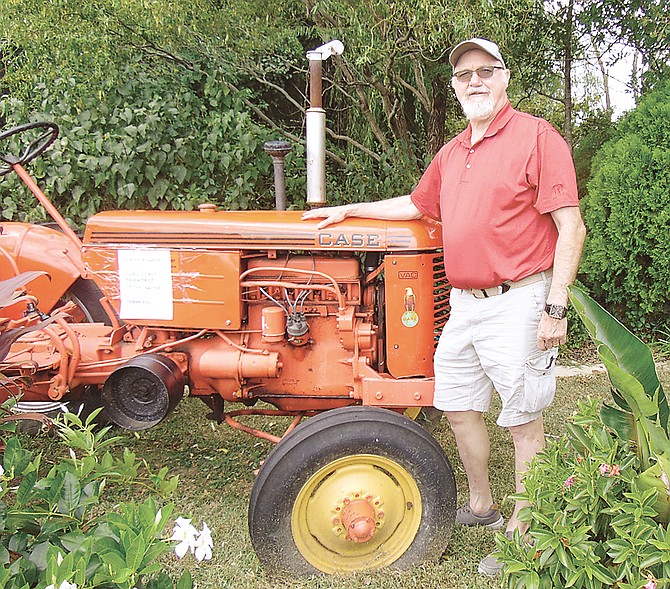 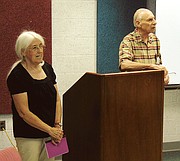 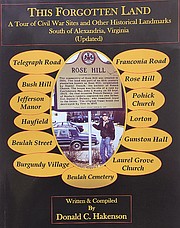 An expanding group of dedicated Mount Vernon and Lee District residents are about to complete the necessary Articles of Incorporation and filing in order to form a Regional Historical Society to promote and preserve the history of Mount Vernon and Lee District and their Civil War experiences. The idea is that in order to preserve the history of the Civil War and other history of significance, a history organization at the grassroots level has the best chance to stand the test of time.

A Fairfax County History Commission already exists. This new organization would concentrate on activities in the Mount Vernon and Lee Districts.

The Sept. 5 meeting and Civil War presentation at the Mount Vernon Governmental Center by civil war storyteller Don Hakenson and his associates is an important step toward accomplishing that long range goal. Hakenson has conducted Mosby & Fairfax County Civil War bus tours for the Stuart-Mosby Historical Society; the Franconia Museum; and other Civil War related organizations inside and outside of the State of Virginia.

Hakenson brought to life his knowledge of the area and civil war details by recounting in passionate great detail Civil War actions to protect against Confederate military efforts to attack and overwhelm Union positions in and around Alexandria and Washington, DC.

For two hours Hakenson captured the imagination of the attendees as they listened to his telling, extemporaneously, of story after story about the Civil War actions of Union troops assigned to protect the nation's capital. As he tells it, President Lincoln's assignment of troops in the Northern Virginia area and around Alexandria prevented the Confederate troops from overwhelming the Union troops.

What follows are his response to questions at the meeting.

Question: Why is it important to form the Mt Vernon and Lee History organizaiton?

Answer: It is important to understand and have an appreciation for the role the Civil War played in the creation of our Nation and the sacrifices endured by those who fought and died for a cause they believed in. Mount Vernon was the home of our first President, George Washington, Lord Fairfax, and George Mason. The lives of these men alone have much to say about their role in creating our nation.

Answer: John Burke, the spy with the glass eye because he lost his eye in his youth in an accident. He earned recognition for warning and saving the life of Colonel Wade Hampton at Potters Hill (where Wegman's is now located) in early January, 1862. Hampton eventually became a Lt General. But without the warning of John Burke would have likely been captured and killed on Telegraph Road in Fairfax County.

Another favorite story is the Rose Hill Raid where John Mosby (the Gray Ghost) captured Colonel Daniel Dulany, the aide of Union Governor of Virginia Francis Pierpont. With Mosby was a Ranger named French Dulany. French was the son of Col Dulany. Instead of brother against brother you have father against son. French Dulaney helped the notorious John Mosby capture his own father."

More comments by Don Hakenson on the War locally:

Close penetration of Confederate troops into Alexandria occurred on June 30, 1862, before the first Battle of Manassas. Burgundy Village in Fairfax County is hallowed ground where Union and Confederate troops lost their lives. Mount Vernon and Lee District Union troops hosted a string of forts ordered by President Lincoln to protect the Nation's capital. the troops did such a great job that the Capital never faced a direct enemy attack.

Question: What lessons about Civil War history would you would like to pass on to our readers?

Answer: It is extremely important to teach history lessons to ensure that we as a people and country don’t repeat mistakes. Creating the Historical Society at the local level will help us to preserve history and hopefully avoid costly mistakes. Not many people realize that 60 percent of the Civil War was fought in Virginia. It has become a hotbed of Civil War history. We are only minutes or hours from the site of significant Civil War events. During the American Civil War over 620,000 Americans lost their lives during four of the most tragic years in American history. More recently some history buffs believe that perhaps almost 750,000 died in that war. In my judgment we should ensure that future generations study every aspect of why it started, why both sides fought so hard, and the political and military implications faced by leaders on both sides.