Part three of the Telegraph Road series goes to the edge of Alexandria. 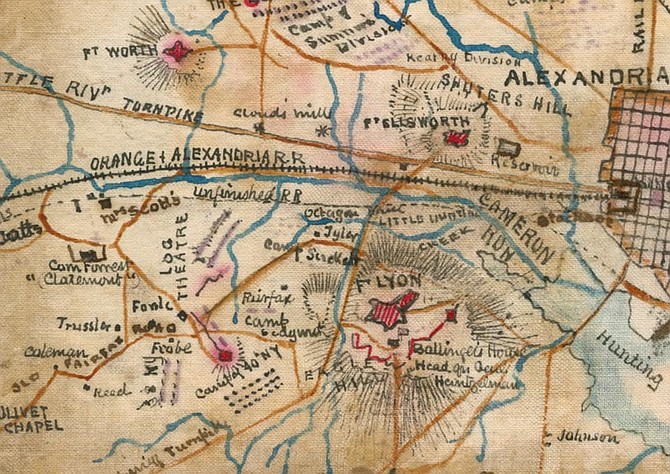 As Telegraph Road creeps along towards the City of Alexandria, the community of Lake d’Evereux is highlighted by the Belvale House. Belvale is a 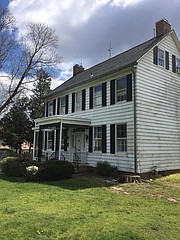 Belvale House along Telegraph Road in the Lake d'Evereux community.

historic structure that dates back to 1764, and is rumored to have a ghost lurking on the grounds.

The mansion was built between 1763 and 1766 for George Johnston, a friend of Patrick Henry and George Washington. Johnston was a member of the Virginia Assembly 1758-1766, and a legal advisor to George Washington, who was a frequent visitor to the home.

Johnson died in 1766, possibly in the gun room of the house. The Johnston family sold the house in 1925 to A.B. Weldeford, and then came stories of a ghost appearing in the cedar grove that used to be on the property. On the second night of each month, the ghost was said to appear in the grove, where there was a duel. The young man who lost the duel was never really identified, but it was written that George Washington might have helped bury the man and plant the cedar tree near the grave.

In 1964, the D.J. Richard family owned the house and went up in the attic, saw the ghost out the window, and when they went to turn on the lights, all the lights in the house blew. All this was recorded in a 1964 issue of the Hollin Hills Bulletin, a local newsletter for the community off Richmond Highway.

According to a 1970 Historic American Buildings Survey (HABS), there is a report of a slave burial ground on the property but the exact location could not be determined.

The Belvale house remains a residence that faces Telegraph Road and there is a historic plaque near the front door.

Bordering the rear of this neighborhood is Huntley Meadows park, which can be accessed from Telegraph Road at the fork with South Kings Highway. Historic Huntley is a house that is located on the park, and it is described on county documents as a Federal period villa built for

Thomson Francis Mason in 1825 as a summer retreat. Mason was the mayor of Alexandria from 1827-30 and a grandson of George Mason IV, author of the Virginia Declaration of Rights.

Historic Huntley is on the National Register of Historic Places, the Virginia Landmarks Register and the Fairfax County Inventory of Historic Sites. Over the years, Historic Huntley was used as a summer retreat, a grain farm, encampment for Civil War troops of the 3rd Michigan Infantry, and eventually was converted to a dairy farm, county records indicate. Ownership changed several times, and in later years, after being abandoned, the house was vandalized. The Park Authority obtained the house and its surrounding 2.5 acres in 1989, and a renovation of the manor house was completed in 2012. The surrounding park is famous for a boardwalk that goes out over the wetlands that bird watchers use on a regular basis.

As Telegraph Road leads toward the City of Alexandria, it passes Rose Hill, where Mosby’s Raiders went to the Rose Hill mansion on Sept. 28, 1863, and captured Col. Dulaney, a Union officer as he was sleeping. This occurred in the Rose Hill mansion which was on the hill overlooking Greendale Golf Course and Telegraph Road. One of the raiders was French Dulaney, the son of Col. Dulaney who fought for opposite sides. This story is on a Civil War Trails marker on Rose Hill Drive.

Close to the northern end of Telegraph Road, near present day Jefferson Manor Park, was Fort Lyon, one of the Union forts that was put in place to defend Washington, D.C. This fort was built in 1861 after the Union defeat at Bull Run, near the present-day location of Mount Eagle school in an area known as Ballenger’s Hill. Since it was on the highest point around, the fort overlooked Telegraph Road, the Columbia Turnpike, the Orange and Alexandria Railroad, and the Little River Turnpike.

On June 9, 1863, there was a huge explosion in the battery of the fort which killed 25 soldiers and could be heard from miles around. In the wake of the explosion, Fort Lyon, and Alexandria were visited by many military and civilian dignitaries, including Secretary of War Edwin Stanton and President Abraham Lincoln, according to a "Voices from the Past." By Lewis Bissel, dated June 17, 1863.