An Insider’s View on the Bull Run Festival of Lights; open through Jan. 10, and maybe more 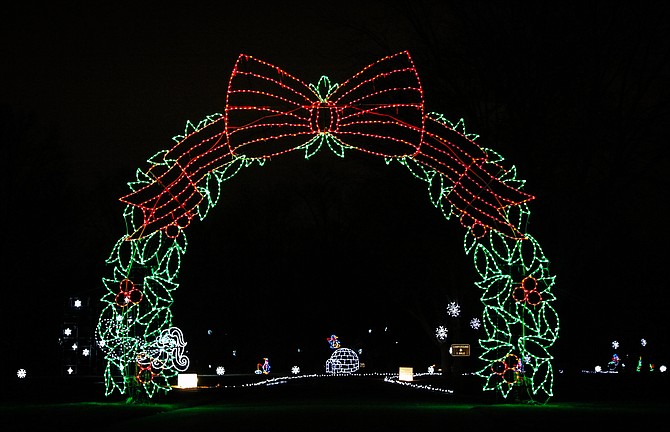 Some of the two million lights. 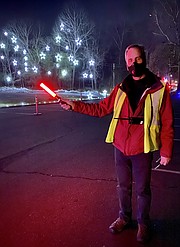 The Bull Run Festival of Lights is the largest light show in the Washington Metropolitan area, and this winter it is more popular than ever before. The numbers are staggering: over 60,000 cars this year and around 240,000 people have enjoyed the over 2,000,000 lights! And the show is not over.

As the Executive Director of NOVA Parks, I have a few insights into this popular show. I was around when NOVA Parks started this show, have seen the improvements every year, and recently I put on my coat and safety vest and waved a lightsaber directing vehicles full of celebrating families through the show.

The pandemic has closed down so many things, and yet people still want to get out and do something fun, particularly around the holidays. These factors have made the Festival of Lights more popular than ever before. The Bull Run show has seen a steady increase in popularity in recent years. 2019 hit a high watermark of 48,000 vehicles. But 2020 has pushed the popularity of this show even more. We have had over 60,000 families come through the show, and by the time it is done, it could be over 100,000 vehicles or around 400,000 people. That is around 20% of the combined population of Northern Virginia.

My night working the light show started by meeting the 22 teenagers and young adults, who were also working that evening. Many of these young people work during the summer at the park as lifeguards at Atlantis Waterpark, or attendants helping with a variety of summer duties. For the light show, they either work as cashiers, or like me, wear a bright yellow safety vest and wield a lightsaber. Much like Jedi Masters, they can influence cars to move in the direction they want. As the temperatures were dropping, I traveled around and handed out cups of hot chocolate to keep these young people warmed up. As behind-the-scenes staff, I was shown the back ways to get through the park even as thousands of cars inched their way through the show. While not quite Santa’s workshop, there is a workshop where displays are repaired, and supplies are organized. I got to have a walkie-talkie and communicate with others using code names. I was “HQ1.” Even while talking about the flow of cars and where additional cups were for the hot chocolate, you felt like you were part of a military operation with cool codenames and radio chatter. And like a military operation, the light show is a highly organized ‘well-oiled machine.”

The Bull Run Festival of Lights was the first all-LED light show in the country when it opened in 2006. Every year since, significant new displays have been added to this over 2.5-mile show. Today the number of lights is well over two million! And the effect is magical. The snow tubes in the woods make it look like it is snowing lights in areas. It takes five semi-truck trailers and a large building to hold all the displays when the show is not in operation. Thousands of people a year go to Bull Run to camp, picnic, go to the waterpark and attend special events, but by far, the greatest attraction is the annual light show.

The success of the Bull Run Festival of Lights inspired the creation of the Meadowlark Winter Walk of Lights six years ago and the Cameron Run Ice and Lights one year ago. NOVA Parks is doing its best to brighten this winter all over Northern Virginia.