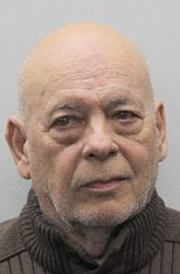 A Fairfax man who worked at Wildflour bakery in Chantilly has been charged with additional crimes against a second developmentally disabled adult employee there. That means that Alberto Figueiredo, 73, has now been accused of three offenses that allegedly occurred while he was the bakery’s general manager.

Wildflour routinely hires individuals with developmental disabilities, and Figueiredo has been employed there for more than a decade. But on Jan. 30, Fairfax County police arrested him on a charge of object sexual penetration against a developmentally disabled adult under his supervision. Detectives began investigating in late January, after the victim disclosed the alleged assault to her parents.

Then last Friday, Feb. 14, police announced that additional felony charges of object sexual penetration and forcible sodomy have been lodged against Figueiredo. They say a second woman told her parents about the alleged offenses against her, earlier this month.

Major Crimes Bureau detectives thoroughly investigated the new information and obtained the latest arrest warrants last Thursday, Feb. 13, after consulting with the Commonwealth Attorney’s Office. Figueiredo was arrested without incident, that same night, at his home in Fairfax and taken to the Adult Detention Center where he was held without bond.

Victim specialists from the Police Department’s Major Crimes Bureau’s Victim Services Division have been assigned to ensure that the alleged victim is receiving appropriate resources and assistance. As for Figueiredo, he’s slated for a March 11 court date on the first case and was scheduled to be arraigned this week on the charges contained in the second case.

Meanwhile, anyone with further information or who may have had inappropriate contact with Figueiredo is asked to call Major Crimes Bureau detectives at 703-246-7800, option 3.