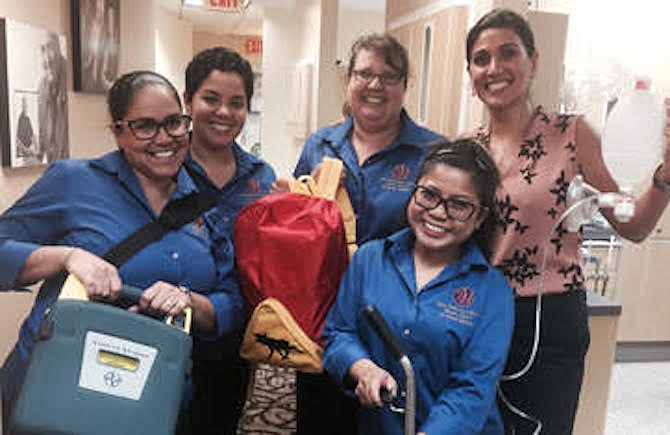 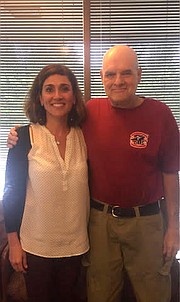 On Aug. 1, 2017, the ambiance of Dr. Pamela Marzban’s dental practice was shattered by the sound of a serious auto accident just outside the building. Had it not been for the ACLS training Dr. Marzban’s team received as part of their Continuing Education, the outcome of a serious accident would have been very different.

A truck had jumped a curb and hit a light pole in the parking lot; a second car had pulled over and a man—who turned out to be active military—was pulling the victim out of the wreck. Dr. Marzban and an assistant rushed outside.

“We called 911,” according to Dr. Marzban. “The man was turning purple and gasping, then he passed out and his pulse stopped.”

The soldier began compression, while Dr. Marzban began advanced airway clearing as an AED unit charged. The AED read “shock advised,” so she opened the victim’s shirt and shocked him as instructed.

The victim gasped loudly, then crashed again…no pulse. The AED advised another shock, which brought him back. By that time, EMS arrived and took over the lifesaving work.

“Had it not been for the advanced training we received through DOCS Education, my team and I would not have known what to do,” says Marzban. “I’m extremely proud of my team and the soldier I will never know.”

“Some time after the accident, the man whose life we had saved walked into our office to thank us,” says Dr. Marzban.

“Thank you for not dying!” she responded.

After witnessing the benefits of sedation dentistry in treating high anxiety patients, Drs. Michael Silverman and Anthony Feck partnered to establish DOCS Education in 1999. Since then, DOCS courses have earned the distinction of featuring America’s Best Dental Faculty, with instructors renowned for their interactive, hands-on teaching pedagogy. DOCS Education offers a variety of training options, from adult and pediatric oral sedation and IV sedation to advanced life support and emergency airway management courses, along with regular seminars across the nation. More than 24,000 dentists nationwide have benefited from DOCS training, enabling them to provide a higher standard of care to over two million patients…and counting.