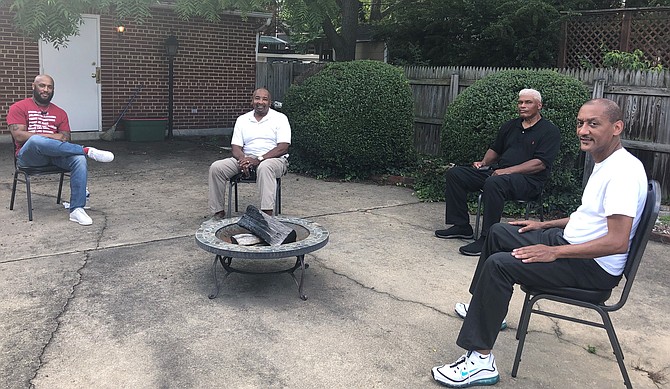 When the Disney movie “Remember the Titans” was released in 2000, it brought national attention to T.C. Williams High school. Starring Academy Award winner Denzel Washington, the movie shone a spotlight on the integration of Alexandria’s public high school and the 1971 undefeated season of its football team.

But while viewers remember the state championship in the oft-times inaccurate telling of the school’s history, few, if any, know that the school itself is named after Thomas Chambliss Williams, one of Alexandria’s most avowed segregationists.

William served as superintendent of the city school system from the 1930s to his retirement in 1963. During that time, he staunchly advocated against integration. Over the years, discussions to change the name of the school have surfaced, but that effort intensified in recent weeks in the wake of national protests and social unrest.

“Even after Brown vs. Board of Education, this man still refused to integrate Alexandria schools saying that blacks learn differently,” said Merrick Malone, an Old Town resident who serves as the president of the Departmental Progressive Club. “Why have we as a community remained silent? Dr. Martin Luther King would call this a deafening silence.”

Malone and several Progressive Club members met recently to discuss the current efforts to remove Williams’ name from the school. Petitions advocating for the change have been presented to the School Board, who has authority over the decision.

“Why have we as a community remained silent? Dr. Martin Luther King would call this a deafening silence.”

“We can’t have it both ways,” said current Alexandria NAACP president and 1992 TC graduate Chris Harris. “We can’t remove statues that are derogatory but have students walk under the banner of a school named for TC Williams. This individual did not want us there. It’s time to make a change.”

DPC member William Chesley noted the history behind the names of other ACPS schools and that of the city’s lone public high school.

“Schools like Lyles-Crouch teach the history behind the name of the school,” said Chesley. “And at Ferdinand Day Elementary School there is an impressive educational display when you enter the school. Who wouldn’t be proud attending a school named after those individuals and what they stood for? TC does not have that kind of history. Folks are not proud of that story.”

In addition to the petitions, a FaceBook page has been created dedicated to renaming the school. Supporters are encouraged to contact members of the School Board, who said they will take up the issue in the fall. The board’s July meeting will focus on a plan for reopening schools in the wake of the COVID-19 pandemic.

But Progressive Club officer and ’83 TC graduate Harry White said that the School Board should recognize the urgency of the situation.

“People remember the Titans, but they don’t know anything about TC Williams,” White said. “He was an intentional segregationist and did a lot of harm.”