Racism: As American as Apple Pie?

One bill passed, one introduced, to start untangling systematic and institutional racism here in Montgomery County. 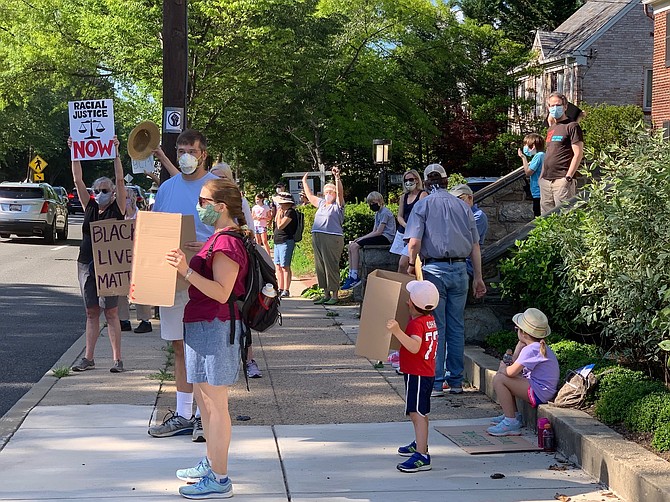 Human Rights Director James Stowe said we all have the opportunity to read, listen, learn, and to invite others to share their experiences in the most personal and intimate ways. “We need to talk about why we are here.”

“We are in a historic moment here in our country and in the world,” said Councilmember Will Jawando.

James Stowe, Director of the Office of Human Rights, sees the opportunity to give all people their God-given right to be who they were meant to be for the betterment of all of us.

“We have never been here before,” said Stowe.

“Some of us have worked on these issues for a long time and some of us are just waking up,” said Jawando, of the pernicious impacts of systematic and institutional racism that has been part of this county since its beginning.

“It’s as American as apple pie, it’s so embedded in everything we do,” he said.

It has also kept Jawando up at night since the murder of George Floyd by Derek Chauvin, a Minneapolis police officer sworn to protect life at the time.

“To deprive someone of his life in that way,” he said, “you can’t value the life of that person and do that,” he said. “This has kept me up quite a bit.”

“Research demonstrates that racism itself is a social determinant of health,” according to the Council documents, as well as poverty and economic consequences.

“Racism causes persistent discrimination and inequitable outcomes in many areas of life,” according to a memo Jawando sent his colleagues.

Jawando will also introduce Tuesday an expedited bill cosponsored by Craig Rice, Nancy Navarro and Gabe Albornoz, to establish a Use of Force Policy that at a minimum would prohibit a police officer from using deadly techniques like neck restraints or carotid restraints.

“The bill seeks to make the use of deadly force the choice of last resort to protect one's life or the life of another, as there must be no reasonable alternative for less lethal force existing at the time of the police action,” according to Council documents.

The policy would prohibit a police officer from striking a restrained individual and requires police officers to stop or attempt to stop the use of excessive force by another police officer.

ALL AMERICANS should know George Floyd’s words, “I can’t breathe,” which were also spoken by Eric Garner who died in a police choke hold in 2014.

At a Black Lives Matter rally held in Cabin John Park on Saturday, June 6, one mother said all mothers were summoned when Floyd called for his “mama” as he was murdered by Chauvin as three other officers, two on their first weeks on the job, stood guard and watched.

“It has sparked something in people who were not aware of this before,” said Jawando.

But this is only the beginning of untangling the web of racism that impacts, health, housing, education, opportunity, transportation, as well as police treatment.

“We need to talk about why we are here,” said Stowe, “This is the chance to learn from others in the most personal and intimate ways.”

“Read, listen, learn,” he said, “Invite others to share their experiences.”

“Imagine if we open up the gates and allow everyone to actualize their right to be who God intends us to be,” Jawando said.