‘Take a Moment Today and Count Your Blessings’
Votes

‘Take a Moment Today and Count Your Blessings’ 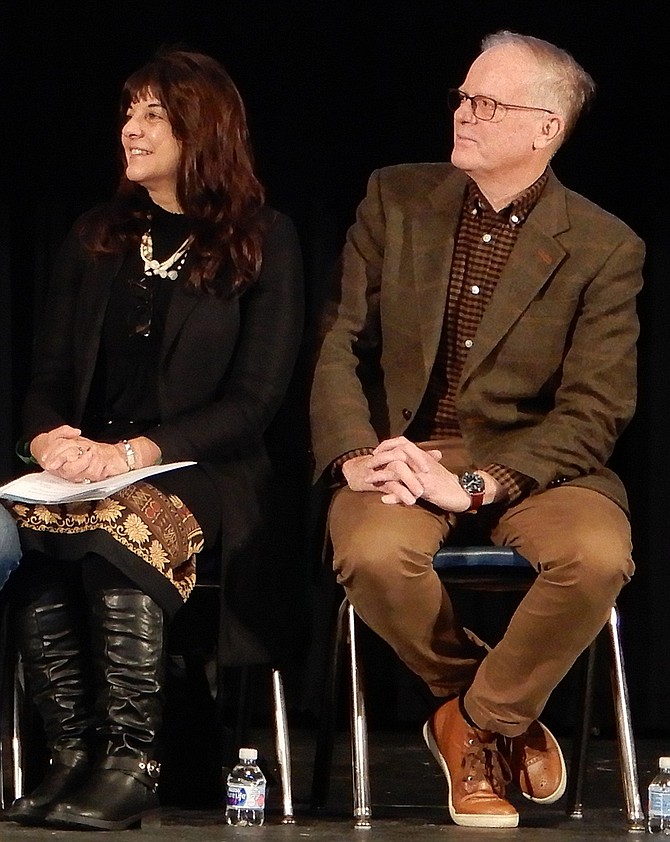 Imagine living in a country where the electricity is turned off every night and people are so hungry that they often eat tree bark to quell the pains in their stomachs. Chantilly High students learned about it directly from three students of North Korean descent who visited their school and shared their stories during a special assembly.

In their early 20s, the three attended the Jangdaehyun School in Busan, South Korea, and were here promoting cultural understanding. They did so after Chantilly Principal Scott Poole, former FCPS School Board Member Ilryong Moon and Region 5 Assistant Superintendent Becky Baenig visited that school and others in November while learning about education in South Korea.

Lou Gallo, a teacher at Jangdaehyun School, was previously pastor of Sovereign Grace Church in Fairfax. “About eight years ago, my wife and I met a boy who escaped twice from North Korea, was captured, imprisoned, tortured and released – and escaped again,” he said. “We fell in love with him.”

So in 2014, he and wife Lisa started NK Missions to help North Korean refugees assimilate into free societies. They later moved to Busan, where both now teach at

Jangdaehyun. It’s for middle- and high-school students and is the only school in South Korea that serves refugees from North Korea.

During his visit there, Poole was so moved by the experience that he offered to help these students any way he could. Lou Gallo later asked Poole if he could bring three students to visit Chantilly High. He and his wife did so, Feb. 5, and the trio addressed a packed auditorium, sang a Korean folk song, toured the school, ate lunch with the American students and then visited the Udvar-Hazy Center.

“North Korea is a full, totalitarian dictatorship,” said Poole at the start of the assembly. “The current issues in South Korea are the Korean conflict and the hope for reunification of families who’ve been separated.”

Gallo showed several slides, including one from outer space, showing countries near North Korea lit up at night, but North Korea – with its electricity off – totally dark. His wife said people sleep on the floor and have to keep a fire burning at night to keep warm. “If they can find wood,” she added. “Most of the forests have been stripped.”

“Forty percent of North Koreans – almost half the country – do not know where their next meal is coming from,” said Lou Gallo. “Two of our students here escaped from North Korea. There are 400 miles between North and South Korea, but their border is the most heavily guarded border in the world.”

If people escape into China and are captured, he said, they’re returned to North Korea where they’re imprisoned and, sometimes, executed. The other option is to pay a broker $10,000 to smuggle them out of the country via Laos, through jungles and over mountains, to Thailand. They then surrender to the police and are sent to South Korea – their intended destination. So, said Gallo, “It’s a 6,000-mile journey to go 400 miles.”

“North Koreans are hostile to America because they’re taught Americans are evil,” said Gallo. “Jangdaehyun is a school for North Korean defectors, and Americans work with the school to show the students Americans aren’t bad. And we bring students to America and tell them they’re free to think for themselves and make up their own minds.” 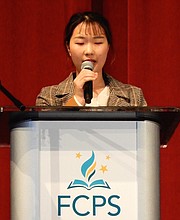 Sue talks to the students.

Then the three students spoke, starting with Sue, who lived in North Korea until age 10. “My dad died when I was 9 because we had no access to medical care,” she said. “My mother and I lived in a hut, but the police tore it down, so we escaped to China. It was a scary time. Then my mother escaped to South Korea, leaving me to be treated like a slave, cooking and cleaning and being mistreated by a man.”

Finally, Sue went to South Korea, too, and got to attend school. “But I’d only been to school three months in North Korea, so I was behind and couldn’t understand what my classmates were saying,” she said. “I had no friends because I was from North Korea, so I stopped telling kids where I was from and lost my identity.”

But at Jangdaehyun, she said, “I met other North Korean students, and my teachers told me I was the future of reunification and I could help. My teachers were supportive and welcoming; I was class president, and we did activities with other schools. Then they saw us as people and friends, and I became proud of who I was again.”

Now majoring in social welfare at college, Sue added, “I want to help people understand each other and work with both North and South Koreans to help bring about reunification.”

Actually, Helen isn’t her real name, but her identity needs to be protected because her family is still in North Korea. Her mother escaped to China when Helen was 3, leaving her with her grandmother on a North Korean farm.

“In school, I learned the history of the Kim family [which rules the country],” she said. “When I eventually made it to South Korea, I learned that American missionaries weren’t evil and wouldn’t cut out people’s organs.”

But that wasn’t until she was 19 and fled North Korea with five others. “They checked to see if I was a spy,” said Helen. “I’d never before had the opportunity to make decisions about my own life, so it was stressful when people asked about my dreams and what I wanted to do. But they made me realize I was precious and had hope for my life.”

Now, she’s just graduated from a university, where she majored in biology. “I want to someday be a biology teacher, hopefully to North and South Koreans in the same classroom,” she said. “I’m grateful to have the opportunity to visit America, but my heart goes out to the people of North Korea who have no freedom or dreams.” 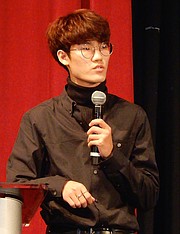 ”My mom was from North Korea and was sold to my biological dad, a Chinese man,” said Joe. “I didn’t find out I was part North Korean until age 15. I escaped to South Korea, went to school in Busan and began to understand the issues in North and South Korea.”

In early 2015, the Gallos came to his school, Jangdaehyun, “to teach us about God, the Bible and the United States,” said Joe. “They also taught me that I was someone of value with a purpose to my life, and they encouraged me to come to America.”

He said he learned about the U.S. at age 7 from a comic book and “wanted to visit this wonderful country. I’m so grateful to be here now, share my culture and learn about your country.” He’s now majoring in psychology in college and is also a magician, later wowing the audience with several, baffling card tricks.

First, though, he told the students to appreciate how lucky they are to live in this country. Said Joe: “There are students, your same age, who dream of going to school and having the wonderful freedoms you have.”

“There’s no refrigeration in North Korea,” said Lisa Gallo. “People mainly eat corn or potatoes – but often eat rats, snakes and tree bark to fill their stomachs. Even mentioning God can cost you your life, whereas, in America, it’s a privilege to be able to decide your religion.”

She said clothing choices are limited and there are no cars or school buses. “Here, you bring lunch from home or have a warm meal in the cafeteria,” said Gallo. “There, a young schoolgirl saved a couple kernels of corn in her pocket to bring home to a starving family member and was beaten to death by her teacher because of it.”

“So keep the North Korean people – and the refugees here in this country – in your thoughts,” she said. “There, you’d have no access to the Internet or cellphones. Think what your life would be like without these things. Take a moment today and count your blessings.”

Then, thanking the guests, Poole said, “This was a powerful learning experience. We teach students resilience, and you certainly personify that and truly show what the triumph of the human spirit is all about.”