Crashes to gunshot wounds: Trained staff and equipment have you covered 24/7. 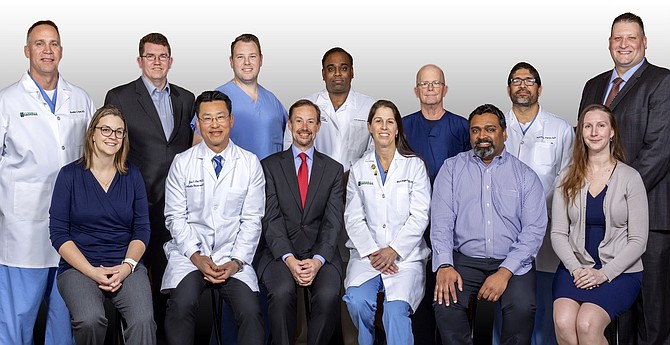 Reston Hospital Center, owned by Nashville, Tennessee-based HCA Holdings Inc. (NYSE: HCA) once again secured a Level II trauma designation, a rigorous process that must be approved by the Commonwealth of Virginia. "All licensed hospitals are required by the Code of Virginia to submit data on their trauma cases to the Virginia Statewide Trauma Registry. Of those 94 licensed hospitals, 17 have been designated as a trauma center," according to the Virginia Department of Health.

Boggs said she wanted to be in a field where she was challenged and could utilize her critical thinking skills. "Further, as a trauma surgeon, I can intervene in a patient's care and make an immediate impact in a patient's life, hopefully allowing a better outcome and successful recovery," she said.

The number of trauma cases is trending upwards, "increasing" at Reston Hospital Center as the population in the area is increasing according to Boggs. When the Metro Silver Line is completed and local stations open beyond Reston, populated skylines, particularly around the Metro stops, are expected to have higher density and increased populations. Having short transport times to the Level II Reston Hospital Center will benefit patients in need of care and reduce transportation time for emergency medical services.

Virginia Trauma Triage Guidelines and EMS Agency protocols guide EMS providers as to where a patient should go based on patient vital signs and mechanism of injury Boggs said. Trauma, she said, "Is any traumatic injury that a patient sustains. Mechanism of injury can be from falls, auto crashes, assaults, gunshot wounds, etc." The golden hour, which is an old term, references that a patient who is severely injured needs to seek "definitive treatment" for their injuries within an hour or the patient's probability for mortality would increase, according to Boggs. "The quickest you can get a patient to a trauma center, the better off the patient is," she said.

According to Boggs, Level I and II trauma centers would be considered tertiary care centers as they can provide specialized "definitive care" to patients with a multitude of injuries. These would be, Boggs said, "injuries that would require a neurosurgeon, plastic surgeons, orthopedic traumatologists, maxillofacial surgeons, etc."

Afterward, as trauma patients rebuild their lives, Boggs said that it "takes time," support from others and the belief that life will continue. "There are support groups such as trauma survivor groups as well," she said.

May is National Trauma Center Month. Reston Hospital Center's comprehensive Trauma Care List cites education. Boggs said that the hospital has numerous "Stop the Bleed" education events at schools, industries and such. She added: "We are also partnering up with Rebuilding Together for a pilot program assisting citizens with construction needs-steps, handles, etc. within their homes." The pilot program is scheduled for June 2020.