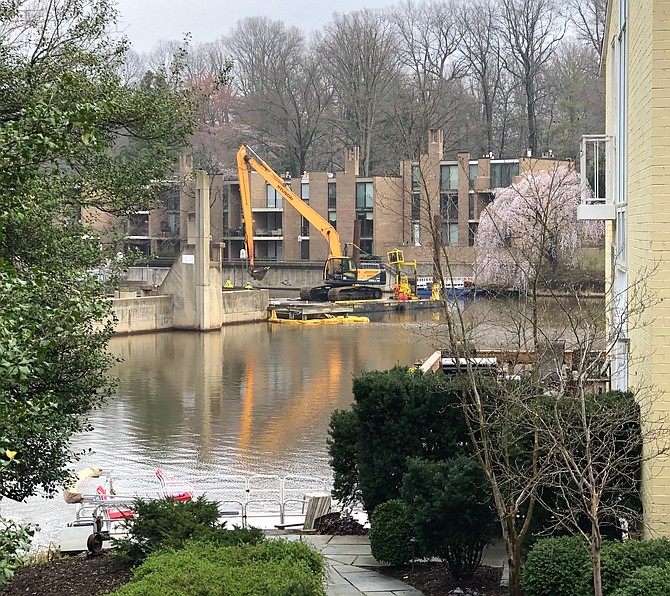 View of excavator in action from Washington Plaza Cluster across the water from dock work. Photo by John Lovaas

Work progressing on bulkhead replacement along the canal behind the North Shore community pool.

The main Lake Anne dock is being torn out and reconstructed, including dredging 5 feet of sediment of drainage accumulated in the channel underneath the dock from Lake Newport and Browns Chapel Park.

In addition, major work is underway simultaneously in the canal beyond the Van Gogh Bridge, including major bulkhead replacement and dredging of the canal.

The work is being performed by Reston Association contractor Lake Services Inc. and subcontractors. The end result will be major for upkeep and appearance of the area.

The estimated total cost of the works is $1.1 million, according to Chris Schumaker, RA’s Chief of Capital Projects. The work began at the end February and expected to be completed on or about May 1.