Chantilly Man Is Charged with Rape 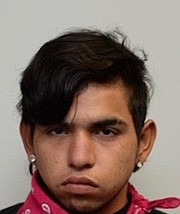 Fairfax County police have charged a 19-year-old Chantilly man with rape. He is Antonio Fredis Paz Orellana. Officers responded April 26, around 1 a.m., to the 4200 block of Airline Parkway in Chantilly, after a woman reported being approached by an unknown man on a neighborhood sidewalk there.

Police say the man grabbed her and allegedly sexually assaulted her. Detectives from the Major Crimes Bureau later identified the suspect as Orellana and arrested him that day. He’s being held without bond in the Adult Detention Center.