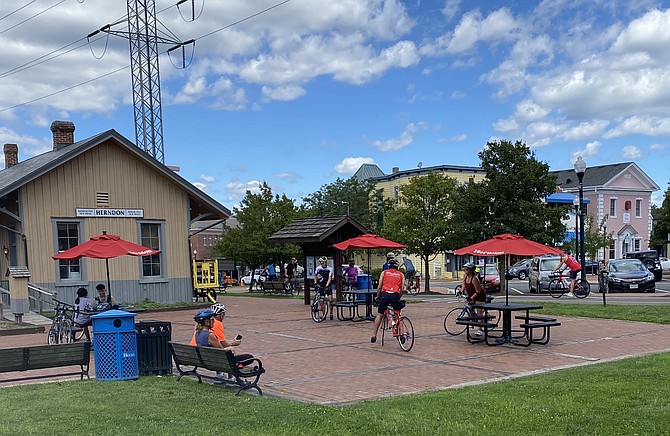 The current population of the Town of Herndon is 24,581, based on projections of the latest U.S. Census estimates, 18,349 are adults of whom 2,243 are seniors according to US Census City/Town Population estimates and US Census 2018 ACS 5-Year Survey (Table S0101) respectively. Photo by Mercia Hobson. 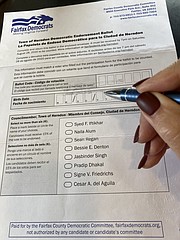 A 2020 Town of Herndon Democratic Endorsement Ballot in English and Spanish, paid for by the Fairfax County Democratic Committee, not authorized by any candidate or candidate's committee.

After learning they did not receive the endorsement, Denton and Iftikhar spoke about their next steps. Denton said, "In fulfillment of my pledge to FCDC, I am submitting Candidate Withdrawal Form §24.2-612.2 of the Code of Virginia to the Virginia Department of Elections. I am no longer a candidate for Herndon Town Councilmember." In an email late Monday night, Aug. 31, Syed F. Iftikhar wrote: “I regret to inform you that I have not qualified to run on the Democratic party ticket in 2020. However, I am eagerly awaiting 2022 elections where I plan to make an enthusiastic run for candidacy.”

According to Bryan Graham Chair, Fairfax County Democratic Committee 413 ballots were cast, 390 online and 23 by mail. "This was a new process for us, both because all Democratic voters could participate and because the Coronavirus forced us to adapt to mail and online options. We look forward to supporting our endorsed candidates in the Town of Herndon, and all of the Democratic nominees as we head into the most important election in a generation," he said. FCDC endorsed 2020 Mayoral Candidate Sheila Olem by a vote at its July 28, 2020, general meeting.