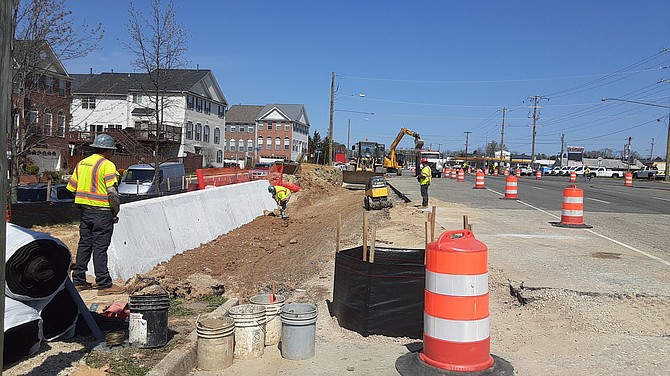 The second phase of this project is the Rolling Road Widening phase which will widen Rolling Road from two to four lanes between Viola Street near the parkway, and Old Keene Mill Road, upgrade traffic signal and put in a shared-use path for bicyclists and pedestrians. Construction on this part of the project is scheduled to begin in 2024, the VDOT website reads.

The price tag on both projects together is $78.9 million, and this funding comes from federal, state, county and Northern Virginia Transportation Authority funds. Initially, officials looked at putting the utilities underground in this area, but “this is no longer being pursued due to cost,” VDOT said.