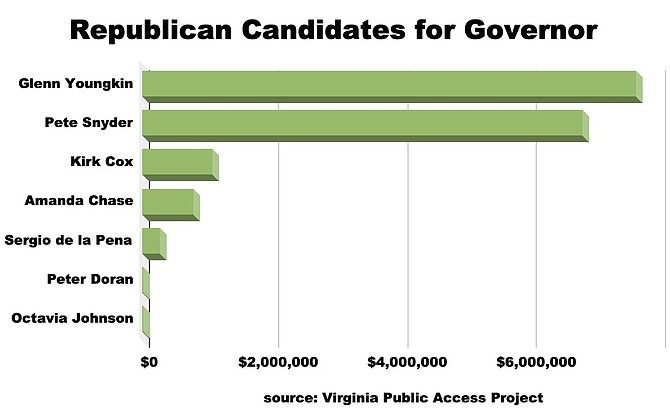 “This is a great year for Republicans, and we have a good chance to win the Executive Mansion,” said Frank Fannon, a former Republican member of the Alexandria City Council. “A lot of people are not excited about a recycled Terry McAuliffe running for governor again.”

The candidate with the most votes in the first round of counting may not end up as the winner. That’s because Republicans are using a process called ranked-choice voting to make sure that the nominee has support from more than 50 percent of the delegates. When the voting ends at 4 p.m. on May 8, votes will be hand counted and then sent to Richmond, where party leaders will use mathematical formulas to give more weight to parts of the state that support Republican candidates for president and governor. They’ll also be going through several elimination rounds, distributing the second choice of voters whose first choice has been eliminated.

“There is a lot of concern about one candidate in particular, Amanda Chase, who has perhaps strong support among a particular faction within the Republican Party but not broad-based support,” said Mark Rozell, dean of the Schar School of Policy and Government. “Some believe in a multi-candidate race she could come out as the nominee, but in a ranked-choice voting system, she would likely have no chance at all of winning the nomination.”

Seven candidates will be on the ballot for governor, a crowded field that seems likely to send the ranked-choice voting into several elimination rounds before a winner is determined. For voters who are interested in participating in selecting which of those seven candidates for governor will be the nominee, the deadline to register has already passed. but Republican officials say they’ve seen outsized interest in participation. Under normal circumstances, the convention would have a limit to how many delegates from Alexandria could participate. But this year the cap was eliminated, and candidates were allowed to help potential new delegates register. As a result, Alexandria has 703 credentialed delegates.

“We’ve seen a lot of interest in this convention,” said Pete Benavage, chairman of the Alexandria Republican City Committee. “It’s a sign that the two-party system is alive and well.” 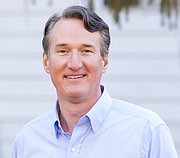 GLENN YOUNGKIN is a former CEO for the Carlyle Group who has raised more money than any of the other candidates, $7.7 million, thanks in part to a $5.5 million loan from the candidate. He’s also received large donations from real-estate developers, subcontractors and lawyers. He’s never run for office before, although he’s trying to use that as an asset by selling himself to voters as a candidate who’s not a politician. On the campaign trail, he talks about opposing abortion rights, supporting gun rights and ending the public safety protocols put into place by the current governor during the pandemic. 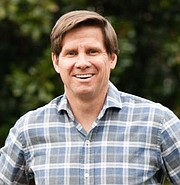 PETE SNYDER is a businessman who’s probably best known for founding a social-media marketing agency known as New Media Strategies. He’s raised $6.8 million, thanks in part to a $5.2 million loan from the candidate. He also received a $1 million donation from CapFi Partners CEO Mark Kimsey of Great Falls. In 2013, he was an unsuccessful candidate for lieutenant governor at the Republican convention that selected E.W. Jackson as the party’s nominee that year. On the campaign trail, Snyder talks about opening schools five days a week with a teacher in every classroom and opposing efforts to use taxpayer dollars to pay for in-state tuition for undocumented immigrants.

“Illegal immigration costs taxpayers billions, and it brings crime and gangs into our communities,” said Snyder in a campaign video about immigration posted to YouTube. “Northam and McAuliffe won’t take violent illegals off our streets, but I will. When I’m governor, I’ll enforce the law and deport violent criminals.” 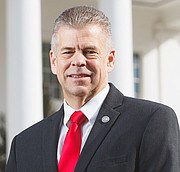 KIRK COX is a former Speaker of the House of Delegates who has represented Colonial Heights since he was first elected in 1989. He’s raised about $1 million, including large donations from Republican Party leaders and general contractors. During his time in the House, he supported a controversial plan to raise taxes for roads during the McDonnell administration and, more recently, expanding Medicaid to help low-income people get health insurance. On the campaign trail, the one issue that animates him more than anything else is his opposition to abortion rights.

“I will stand up to the pro-abortion radicals,” said Cox in a campaign video posted to YouTube. “I will never stop fighting for the promise of life.” 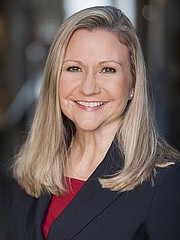 AMANDA CHASE is a state Senator from Chesterfield who unseated incumbent Sen. Steve Martin (R-11) in 2015. She’s raised about $800,000. Chase is probably best known for speaking at the Jan. 6 rally before the insurrection at the Capitol. She later defended the people involved by saying “these were not rioters and looters, these were patriots.” On the campaign trail, she’s tried to cast herself as “Trump in heels,” repeating baseless assertions that the 2020 election was stolen.

“What I believe I bring is something we’ve never had before. We’ve never had a Republican woman to seek the Republican nomination for governor,” said Chase in a candidates forum. “You know 50 percent of the population is women, and that’s a demographic we need. We also need suburban women. I am a suburban woman.” 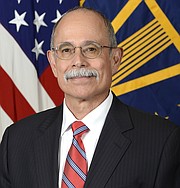 SERGIO DE LA PENA is a retired Army colonel who served as a deputy assistant secretary of defense for the western hemisphere during the Trump administration. He’s raised about $263,000. On the campaign trail, he talks about how his experience as an immigrant might help bring new people into the party and win over voters in Northern Virginia.

“I came from Mexico. I was raised in a house with dirt floors and no running water, picking cotton at 10,” said de la Pena. “I fought socialists and communists the entire time I was in the Army, and I continue to do so even to this day because what we’ve seen is that they’ve gone from bullets to ballots.” 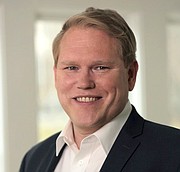 PETER DORAN is a former think tank executive and author. He’s raised about $16,000. On the campaign trail, he talks about phasing out the state income tax.

“I spent my career helping countries that have been destroyed by socialism to chart a new path and to get strong,” said Doran in a campaign video. “I’m running for governor because I think it’s about time that we have a candidate with a winning conservative vision leading our commonwealth.” 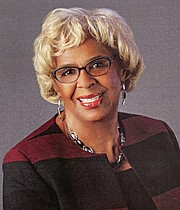 OCTAVIA JOHNSON is a former sheriff of Roanoke who’s raised about $900. In 2014, she ran an unsuccessful campaign against Sam Rasoul for House District 11.

“Everybody has heard of all the other candidates. They know what their message is,” said Johnson in a television interview. “Now they’re going to hear Octavia Johnson’s message, and that will help them to decide who is stale bread and who is fresh bread.”