From Mount Vernon High School to the NFL
Votes

From Mount Vernon High School to the NFL 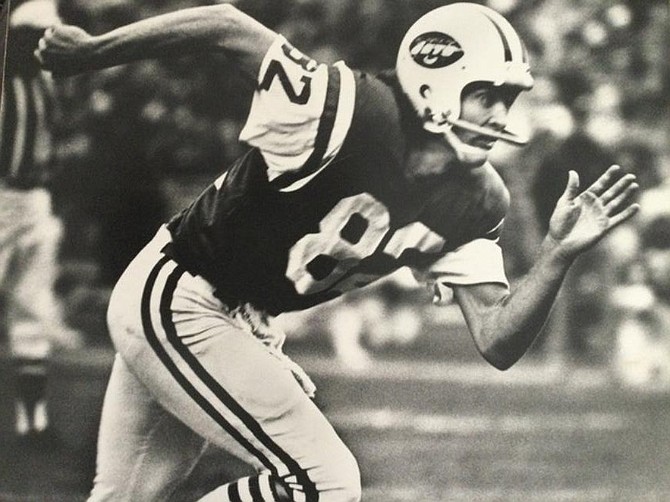 David Knight, a 1969 graduate of Mount Vernon High School who went on to play wide receiver for the New York Jets in the National Football League, will be the featured speaker via Zoom at the Feb. 17 meeting of the Alexandria Sportsman’s Club.

Knight began his football career at MVHS, where the team went undefeated during his senior year at 10-0 before losing to powerhouse Annandale 14-7 in the Northern Virginia Regional Championship game.

Knight went on to play at the College of William and Mary under Coach Lou Holtz. In his sophomore year he caught the winning touchdown against Richmond in the Southern Conference Championship game to send his team to the Tangerine Bowl.

Drafted in the 11th round by the New York Jets, Knight made his professional debut in 1973 during a Monday Night Football game against the Green Bay Packers. Despite the 23-7 loss, Knight scored the lone touchdown for the Joe Namath-led Jets.

Following his retirement from the NFL in 1977, Knight returned to Alexandria and received a master’s degree in Library and Information Science from Catholic University in 1981. He went to work in the U.S. Department of Justice legal library system, eventually becoming Director of Information Technology for the Environment and Natural Resources Division.

Knight will talk about his experiences in the NFL as well as his post-NFL career and there will be time for Q&A.

The ASC webinar meeting will be held via Zoom Feb. 17 at 7 p.m. Participation in the meeting is free and open to the public, but pre-registration is required. For more information, visit https://alexandriavasports.org/.