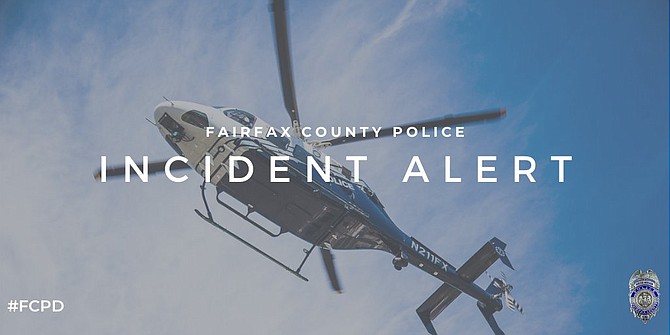 The police department in Fairfax County has a sophisticated alert system.

On Jan. 4 in the middle of the afternoon, a call came into the Fairfax County Police Department about a robbery in the area of Paul Springs 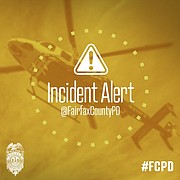 Parkway and Yorktown Drive in the Fort Hunt area.

The police responded by calling out the investigation team and sending out an alert to residents in the area. Their call had a description of the individual, and the fact that the “suspect may be armed with a gun. Please avoid the area,” the police message said. This call and subsequent text/email message went to area residents, and “three hours later, officers have taken the suspect into custody and remain in the area as their investigation continues,” the police said.

The police “incident alert,” system assisted in keeping the residents safe in a situation like this, and ended with the apprehension of the suspect.

“I got a recorded call around 1:40 pm from the Fairfax County police saying to lock my doors and shelter in place. A helicopter has been flying over,” one resident said, via email.

Others responded via social media. “Thanks for the quick action + heavy presence. Is there a resolution?” Jennifer Hanks responded, via Twitter. “One or two suspects — neighbors would like to know?” asked “Kirsten,” also on Twitter.

Following the arrest, the police sent out another message. “Thank you to all the community members who called in with information!” the police said.

This was the power of a computer-generated phone call and social media to spread the word. The FCPD uses this method on a regular basis to fight crime.

“The purpose of this messaging is to enhance community awareness of officers' presence in the area,” said 2nd Lt. James Curry, a FCPD spokesperson with the public affairs department. “Although we encourage community members to follow our social media platforms for ongoing events in the County, we recognize the need to use other means to reach community members who may not use social media,” he said.

When the FCPD receives a call, they report it to the radio center at the main office in Fairfax who then refer to a map of the caller’s area. Then if the situation warrants, the alert goes out to the phones of residents in that area using a reverse dialing component of the Fairfax Alerts platform, said Paul Lupe, program manager in the Fairfax County Office of Emergency Management. “This reverse dialing is using home landline phones that fall within an area targeted from a shape drawn on a map by the alert sender,” he said. “The amount of recipients varies depending on the size of the shape drawn, but typically between 2,000 – 10,000 recipients are selected with these types of alerts,” Lupe said.

It’s another tool in the FCPD toolbox to fight crime, and it could result in saving lives. “This tool can assist our officers in locating individuals we may be looking for, but the purpose of this messaging is to keep our community safe,” added Officer Curry.