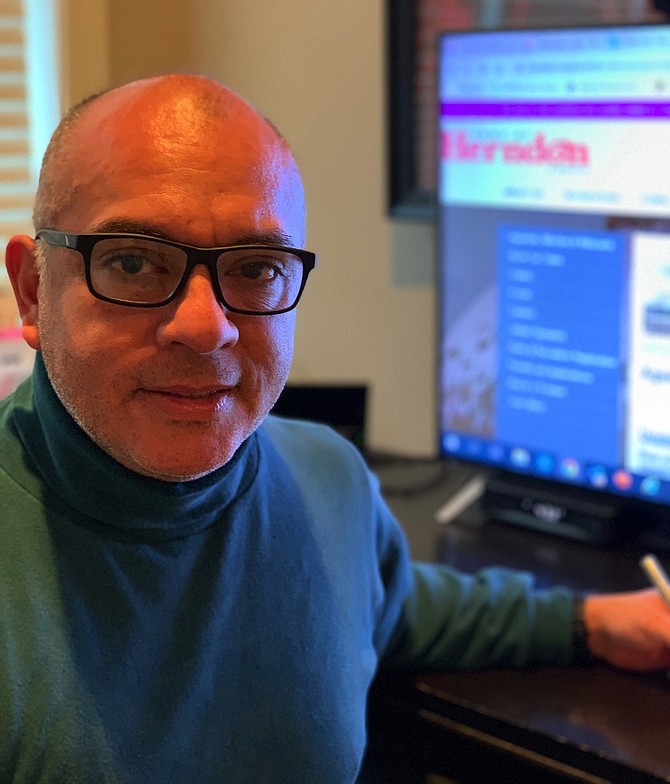 Cesar del Aguila is the newly elected Vice Mayor of the Town of Herndon. Photo contributed

At its first work session of 2021, the Town Council of the Town of Herndon approved a resolution in a vote of 6-0 to elect second term Councilmember Cesar del Aguila the Vice Mayor for a two-year term beginning Jan. 1, 2021. Del Aguila abstained. Tradition held that the person who received the highest number of votes during the general election is named vice mayor.

During discussion of the motion to approve the resolution, Councilmember Pradip Dhakal said he wanted to call out del Aguila ”for his openness, integrity and always ready to discuss the different views or ideas in order to move the Town forward.”

Del Aguila thanked the voters of the Town. “I shall endeavor to persevere,” he said.

Mayor Sheila Olem congratulated Vice Mayor del Aguila, adding, “I look forward to working with you over the next two years and let’s touch base this week.”

Del Aguila chaired the town’s Pedestrian & Bicycle Committee and its Interview Subcommittee, He served as the town’s representative to the Dulles Area Transportation Association and the Phase II Dulles Rail Transportation Improvement District Commission Board. A resident of Herndon since 2007, Vice Mayor del Aguila is an active volunteer with the Fairfax County Sheriff’s Office, serving as a certified reserve deputy sheriff.