Opera NOVA Reaches Out to Seniors 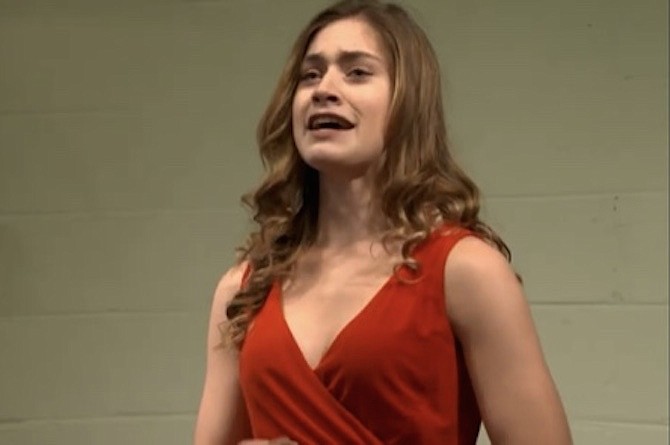 Put away your jigsaw puzzles, turn off the TV and tune in to an Opera NOVA performance targeted to seniors which will launch on Jan 28. Miriam Miller, Executive Director of Opera NOVA, says “Several years ago we wanted to be the first opera company in the nation to create productions for the ever-growing, expanding senior population.”

The opera was founded in 1962 but in 2013, “We detected a great imbalance between the County-wide attention given its children and that being given its seniors.” By 2015 Opera NOVA had performed Cosí fan tutte in Gunston Theatre, “filling the 300 seats with an enthusiastic audience.”

Miller says with the increased isolation imposed by the coronavirus, it is even more important to reach out to seniors. She says it has been shown that that artistic input can improve cognitive functioning and enhance quality of life. “It is as important as exercise.”

As a result, Opera NOVA has recorded a 30-minute presentation targeted to seniors as part of their six-concert series. The series began with a holiday concert in December and will continue with the concert for seniors in January followed by a concert honoring Black History month in February. It will be available on the Opera NOVA YouTube channel with the link available that day.

Miller says the concert was recorded by their technician who is a student at American University and was able to borrow the necessary cameras. But his student visa ran out in the middle of the production and it was necessary for him to return to Peru.

“He is cleaning it up for production while he is there.”

Many of the performers had their concerts and performances cancelled for months due to COVID, and they are excited to be back to work again. Miller says the concerts are free but they will accept donations to assist with paying the performers.

The program begins with La Danza performed by Opera NOVA’s artistic Director, José Sacin. He explains, “This delightful piece certainly ranks high among Rossini’s best compositions. ‘Mamma Mia, Mamma Mia, I am a King. I am a Lord! Dancing is the world’s greatest pleasure! The most beautiful delight.’”

“What good could the moon be?” from Street Scene - Kristi Spicer

“Una voce poco fa” from the Barber of Seville - Amanda Fink in her debut with Opera NOVA.

Tasha Tran, a volunteer in charge of social media outreach said, “Opera NOVA is trying to move from in-person concerts to virtual outreach, and I knew I could help with that. I wanted to volunteer for a cause combatting COVID. Miriam wanted to show the concerts can combat the loneliness of being isolated and to spread the joy of opera.”