How Safe Are Older Buildings in Fairfax County?
Votes

How Safe Are Older Buildings in Fairfax County?

Supervisors address construction and maintenance concerns in the wake of the Surfside Condominium collapse in Florida. 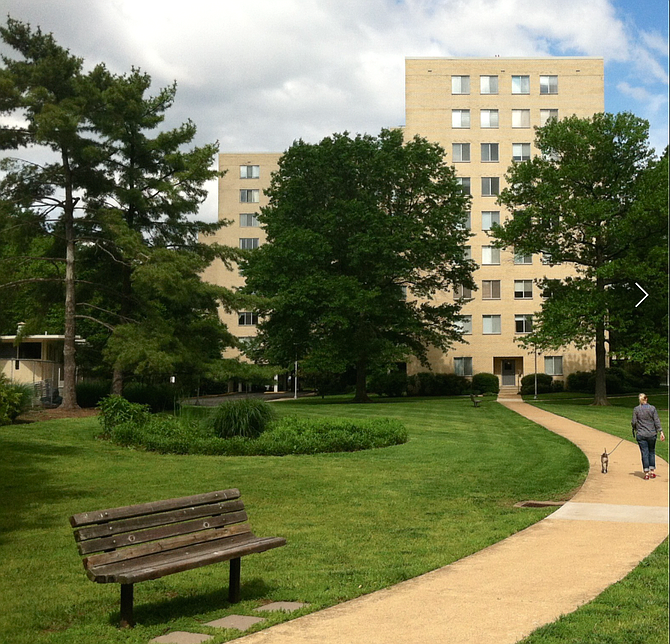 A recertification program for older buildings does not currently exist under the Virginia Uniform Statewide Building Code, said Chairman Jeff McKay. And the June 24 tragedy in Surfside, Fla. involving a collapsing condominium building has heightened concern.

“This hit incredibly close to home for me. Many of you may remember about five and a half years ago, River Towers potentially was another Surfside,” said Mount Vernon Supervisor Dan Storck at the Board of Supervisors meeting last Tuesday, July 13, 2021.

Storck described pillars of the Mount Vernon condominium moving two to three inches, possibly due to rusting of supports of the building close to the Potomac River.

“When the column slipped about two or three inches, if it had kept going, you clearly would have had something similar,” said Storck. “Fortunately, it held or we would have had, I would say potentially 40 to 50 deaths, because there were people in those rooms at the time and clearly were impacted by what had occurred.”

Fairfax County firefighters evacuated 400 residents from one of three River Towers condo buildings that shook on a Sunday afternoon in October 2016. Approximately 180 condos were damaged and 32 had “severe damage” that Fire and Rescue Services called “uninhabitable.”

“You can imagine what the fallout was from that and the meetings that occurred in the community and the HOA,” said Storck. “They were very difficult meetings.”

“It was a very expensive process,” he said.

THE BOARD requested county staff “investigate what current resources and capabilities exist for voluntary inspections of aging buildings to enhance safety, and what is possible for the county to do should more resources in the future be identified.”

The Board unanimously approved the motion, raised by McKay and Sully Supervisor Kathy Smith.

In Virginia, “during construction and prior to occupancy, the inspections process is thorough and conducted with the utmost caution. After occupancy, in accordance with the Virginia Maintenance Code, buildings must be proactively maintained by the property owners to ensure their continued safety for our residents,” according to Smith and McKay.

“With a nationwide turn to the importance of well-maintained infrastructure, we have an opportunity to highlight the importance of routine building maintenance and verification of the structural integrity of our aging buildings,” said McKay.

MCKAY DIRECTED county staff to what options exist locally and at the state level under the existing Virginia Maintenance Code to ensure buildings are maintained.

“I request that County staff report back to a Land Use Policy Committee meeting in the last quarter of 2021,” said McKay.

“If we have folks who are concerned in the county about things that they see or things that they have been neglected in their own buildings, we want them to be able to come forward, and to provide them some technical assistance and support,” he said.

“I know the state is going to be looking at this as well.”

Hunter Mill Supervisor Walter Alcorn said even though Surfside is the most extreme example, “deteriorating infrastructure of these older condominiums is real and it is something that is a private matter for residents, [condo] associations and members.”

“I would just note that when something is a private matter and it happens enough, somehow often it becomes a public matter,” said Alcorn. Alcorn asked that staff also report back on related legislative priorities.

“The vast, vast majority of these situations that do involve deteriorating infrastructure are not any threat to the safety of the residents,” Alcorn said.

Braddock Supervisor James Walkinshaw asked for the work to be incorporated into the county’s climate change resilience work. “These findings are relevant to that work as well: stronger storms, extreme heat, aging buildings, flooding in some instances.”

Mason District Supervisor Penny Gross recalled March 1973, when a 26-story Skyline Plaza condominium building under construction in Bailey's Crossroads collapsed, killing 14 construction workers and injuring 35. “That was an entirely different situation, it was a matter of the construction not allowing enough time for the concrete to set on each floor,” she said.

“But there were changes to the Building code, not just here in the county but overall.This may be another opportunity to enhance and change some of these building codes,” said Gross.