Citizens honor U.S. Armed Forces Members who died in battle or as a result of their wounds. 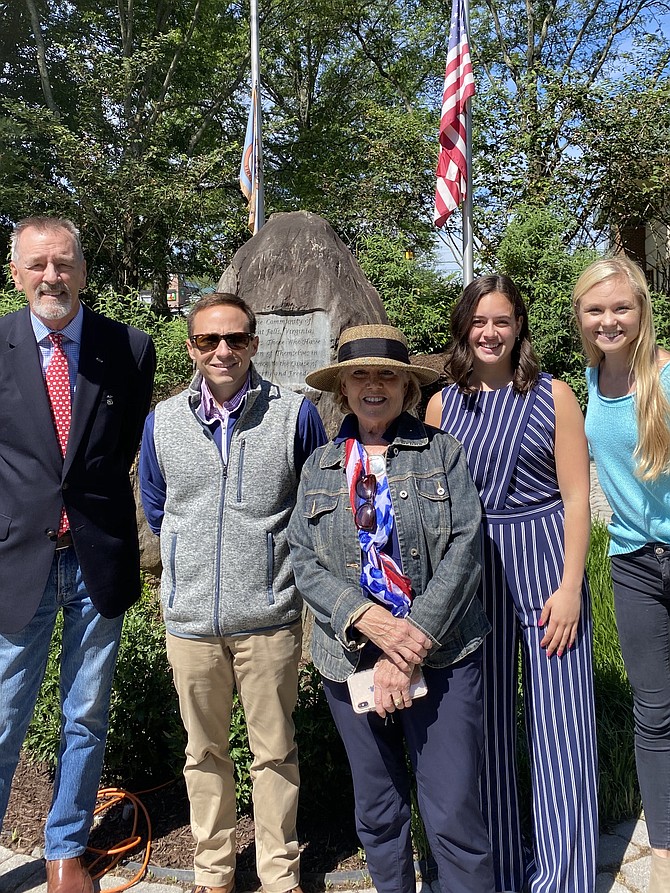 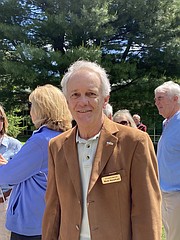 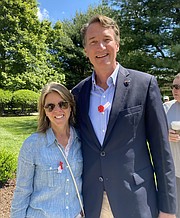 Glenn Youngkin of Great Falls, the Republican nominee in Virginia's race for governor, and his wife, Suzanne.

Local citizens gathered at the Great Falls Freedom Memorial at 11 o'clock the morning of Memorial Day 2021. They came together to honor and mourn the 1.2 million members of the military who died in battle or as a result of wounds they sustained on duty while serving in the United States Armed Forces. "We don't celebrate Memorial Day. We commemorate because it's a very somber, serious holiday," said Andy Wilson, president of the Friends of the Great Falls Freedom Memorial and a retired Army Ranger officer.

Asked what the topic of his remarks would be at the day's observance, Wilson said he would lead the informal remembrance and talk about why people wear poppies to honor the United States war dead and why the poem, "In Flanders Fields," written in 1915 by John McCrae, had become so important on Memorial Day.

According to Wilson, in the poem written during World War I, Canadian physician Lieutenant-Colonel John McCrae finishes 17 days of battle as the battalion surgeon. Wilson said, "You can imagine the horrendous, horrific stuff he was going through in those 17 days." Wilson continues describing events as they unfold in the poem. McCrae takes a break. Sitting down, he observes the battlefield, the destruction, and death. "In a crevice of a rock, he sees a red flower, a poppy. As he looks around, there are more of those red flowers. He asks how these red flowers can exist in this death and destruction, these beautiful flowers? Well, it was a poppy, and that became to symbolize rebirth," said Wilson. "I'll read the poem slowly, in a way that people can understand," he said. Now, many Americans wear a poppy on Memorial Day as a sign of respect.

Bon Newhall said, "I am a veteran in the Army. I served in Germany during Vietnam, and I am a member of the Freedom Memorial Board. I feel strongly that our country continues to honor those who gave everything for the freedoms we have."

Glenn Youngkin, the Republican nominee in the 2021 Virginia race for governor, requoted words said in a wartime speech made by the British prime minister Winston Churchill on August 20, 1940: "Never was so much owed by so many to so few."