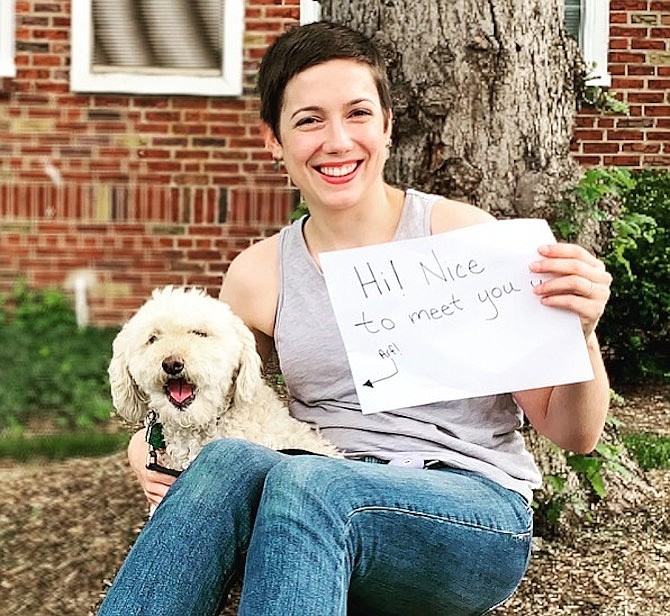 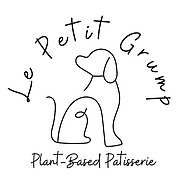 Ah, the smell of pastries – there’s really nothing like it. Soon, Del Ray residents and visitors will be able to follow their noses to a new place for flaky croissants and more: Le Petit Grump.

The cottage bakery is starting small – really small, in fact. Owner Mel Gumina’s 437-square-foot home in Del Ray is the place where the magic has been happening for months as Gumina perfects her pastries in anticipation of a springtime opening.

“Food has always been a passion of mine,” Gumina said. “I love how it brings people together.”

Another notable facet of the bakery? It’s all plant-based. That’s right: No dairy, eggs or other animal products will be used in the food, broadening the menu to an even wider swath of customers.

The idea for a bakery came to Gumina well after she’d transitioned to a plant-based lifestyle. Rich baked sweets were a category of food she missed when she transitioned her diet, and she wants to bring that back to the community in a big way.

“When I walk into a bakery to maybe buy a loaf of bread, it’s the pastries – the smell – that gets you, takes you to a place of breakfast and cappuccino on a porch on a sunny day,” she said.

A graduate of culinary school, Gumina’s dreams of opening a bakery became closer to reality once she realized that “cottage businesses” – that is, businesses run without a public storefront – were a perfectly viable way of operation.

“Eating the food that was put out there by other plant-based cottage businesses showed me that it is more doable than I thought,” she said, noting that other vegan restaurants and eateries have been incredibly generous with their time and expertise to help get Le Petit Grump up and running.

“This is not something that has been in the works for years and years,” she said. “The idea came to me one day, and I just had this really good feeling about it and I ran with it.”

And the region’s vegan and vegetarian circles are abuzz with excitement about the bakery’s progress – and opening.

“I was really fortunate for the outpouring of love I’ve received from the vegan community,” she said.

And about the bakery’s name, Le Petit Grump: It’s a reference to Marcus, Gumina’s 12-year-old pup.

“He is the most lovable little grump,” she said. “He was my inspiration to transition to vegan lifestyle in the first place.”

Gumina intends to start small, both in terms of menu items and orders. At this point, she’s eyeing a system of opening up a finite amount of orders each week, culminating in specific pickup times on the weekends.

“My plan for right now, because my kitchen is so small, is to keep it very simple,” she said. At first, she’ll be primarily offering croissants in multiple flavors – plain, chocolate and the like. But as the business grows, so will her offerings.

And in the meantime, she’s putting the finishing touches on practice run after practice run, making sure her recipes and oven are just-so prior to opening to the public.

“The response from the community is more than I ever could have imagined. People have been so supportive and so lovely,” she said.

“Now I just hope I can feed everybody that wants to eat!”