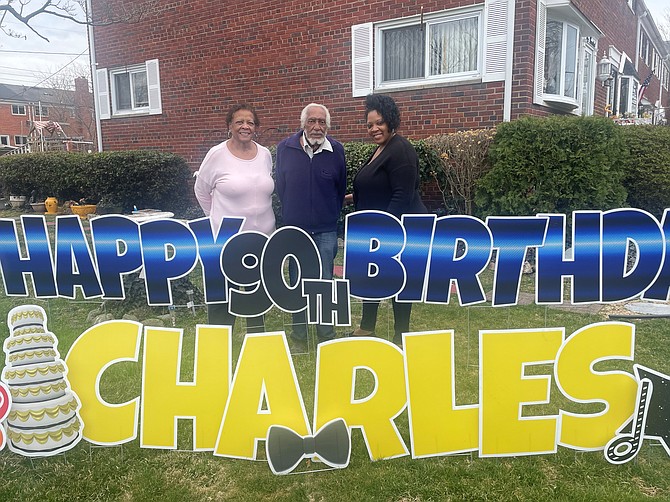 On March 11, it was official: Charles Nelson became a nonagenarian, celebrating his 90th birthday with family at his home in Alexandria.

“Granddaddy is a wonderful man,” said granddaughter Shaye Nelson. “He has always been there for the family and always put us as his priority. We call him the ‘GOAT’ because he’s the greatest of all time.”

Nelson’s daughter Gail praised her father and recalled his role as the “neighborhood dad.”

Gail Nelson also praised her father for his humble nature.

“My dad is a very humble man,” Gail Nelson said. “He grew up in humble beginnings and is still humble to this day. As a provider, father, teacher, guidance – anything that you needed he was there to support his family.”

Nelson, a veteran of the U.S. Air Force, was simple in his advice for others: “Obey your parents and stay out of trouble.”