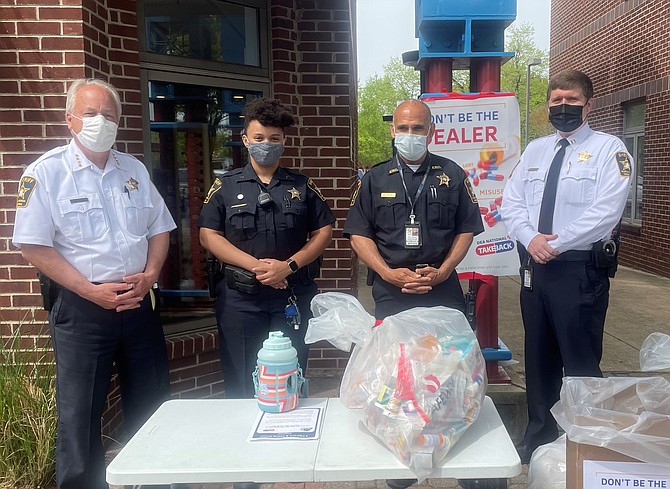 Residents dropped off unneeded prescription and over-the-counter medications, including those prescribed by veterinarians, as part of the 20th annual initiative by the federal Drug Enforcement Administration.

For year-round disposal, permanent medication drop-off locations are available at: The Neighborhood Pharmacy of Del Ray (2204 Mt. Vernon Ave.); Inova Alexandria Hospital (4320 Seminary Road, inside the visitor’s entrance and next to the cashier’s window); and Alexandria Police Department (3600 Wheeler Ave., inside the front entrance, ring bell for access).

The Inova Alexandria location includes a separate permanent drop box for needles and syringes. Needles are not accepted in the permanent medication drop boxes.

For safe disposal at home, remove medication from its original container. Do not crush tablets or capsules, which should never be flushed down the toilet. Mix medication with an undesirable, inedible substance, such as kitty litter or used coffee grounds. Place mixture in a sealable bag or container and throw away in the trash. Black out all personal information on the prescription label so it is unreadable.

In 2020, the City collected 858.8 pounds of unused medication at drug take back day events and year-round permanent drop boxes.