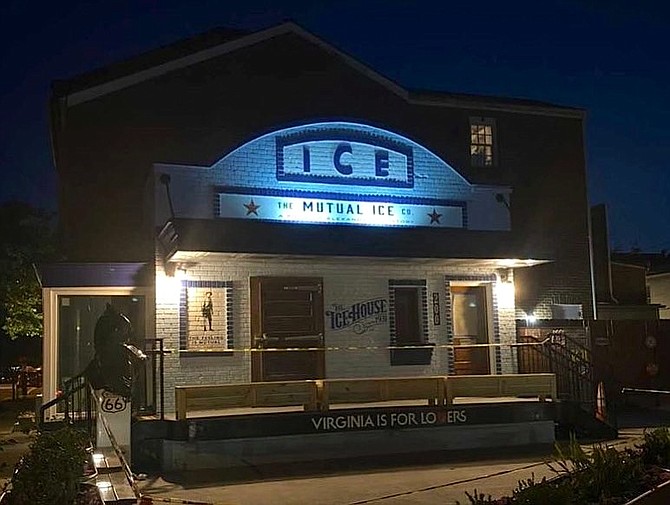 Summertime is about to get a lot sweeter.

Goodies Frozen Custard and Treats is breathing new life into an old bit of Alexandria history – and giving neighbors a chance to cool off with a custardy treat in the process. The former outpost of the Mutual Ice Co., located at 200 Commerce St., has been a mainstay in Alexandria for decades.

Until Goodies came along, the property remained mostly dormant for years. But Goodies owner Brandon Byrd purchased the property in 2019 and, amid a global pandemic, transformed the ice house into an icy custard house, month by painstaking month.

The final result, Byrd says, is worth it.

“To be honest, my vision for the ice house was a communal space” that was very inviting to guests, Byrd said. “When people see [the shop] it’s going to make them say wow, this is really a trip down Memory Lane.”

But Goodies’ brick-and-mortar location isn’t the start of its origin story. Far from it. No, the custard purveyor actually began its journey nearly a decade ago in 2012 with a vintage International Harvester truck named Gigi.

“I just built [the business] from the ground up,” Byrd said. “I had this idea – I wanted something that is pure, wholesome, and in the event that I had my own kids and/or great-nieces and nephews, I want something that I would feel good about.”

And with that, Goodies was born, shuttling custard and other treats around the DC metro region on board Gigi, who, Byrd says, does require some TLC from time to time to keep her in good shape.

But will Gigi play second fiddle now that the Commerce Street location is opening up? Not a chance, he says.

Byrd aims for the ice house location to be up and running by Memorial Day. Partly due to space constraints and partly due to the old-fashioned custard-stand feel of the business, the shop will be a walk-up experience that, Byrd hopes, will make customers feel welcome from the first moment.

“You walk up, you’ll definitely hear the Motown sounds and Chuck Berry,” he said. “I really wanted to replicate the truck experience with the brick-and-mortar [shop].”

And then there’s the custard menu itself.

“The thing is, I intentionally kept the menu simple because it allows for me to allow the product to shine. The focus is on the product and not a bunch of trendy flavors and trendy add-ons,” Byrd said.”

“When you look at my menu, everything on the menu is based on my childhood, what I grew up with,” he said. Alongside the vanilla custard, customers will find peanut butter, banana pudding and strawberry shakes, as well as root beer floats.

So get ready for Memorial Day weekend. Life is about to get sweeter.