Virginia became one of only eight states to prohibit testing of cosmetics, and cosmetic components, on animals when its humane cosmetic act when into effect on Jan. 1. The act also prohibits the sale within the Commonwealth of any cosmetic which was developed or manufactured using animal testing that was conducted on or after Jan. 1; enforcement of the sales provision begins July 1. Violations are subject to a civil penalty of up to $5,000 and an additional $1,000 for each day violations continue.

“Virginia is officially cruelty free. After years of advocating for this policy I am proud to 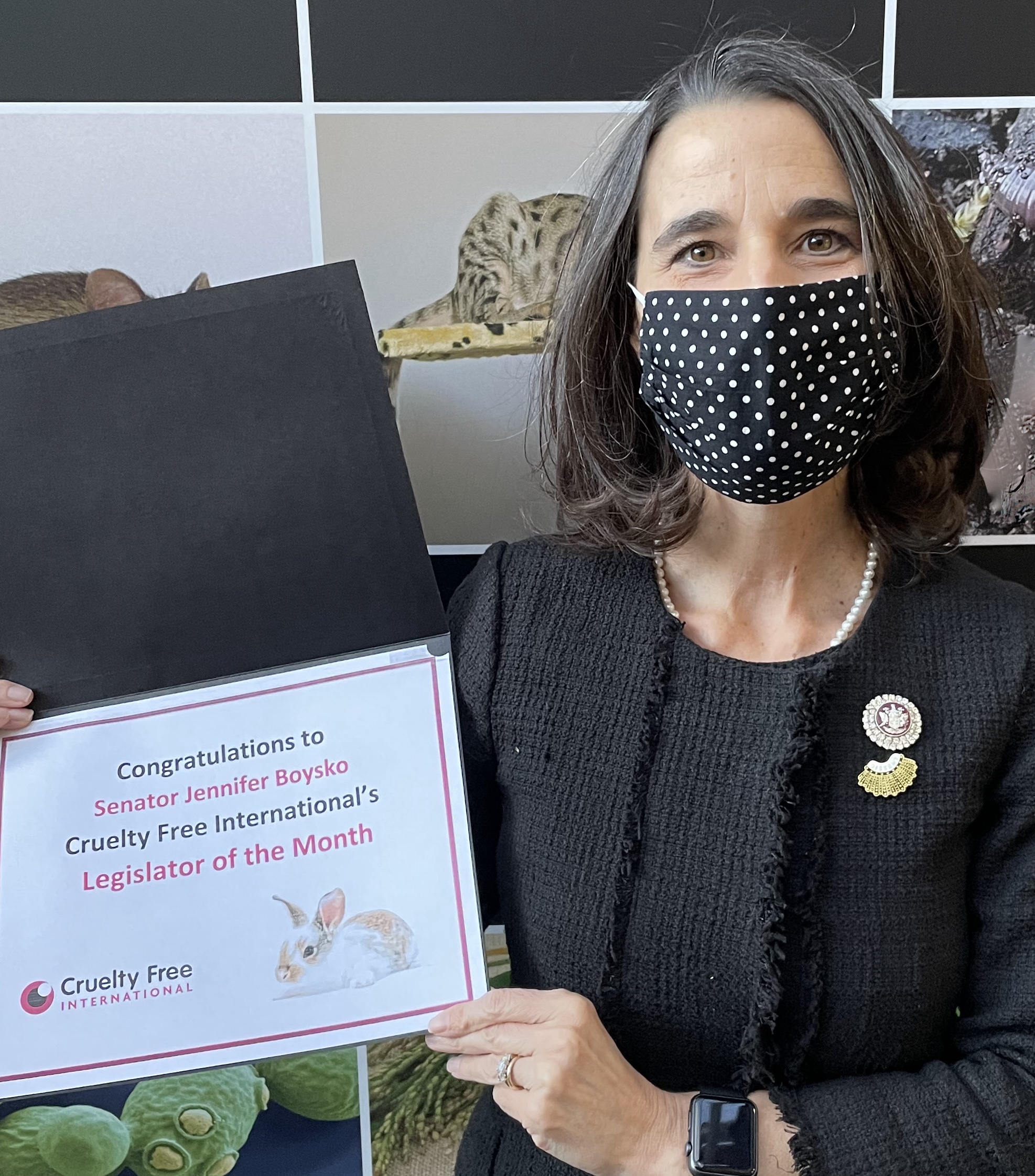 say that all personal care products are made without harming animals,” said Sen. Jennifer Boysko (D-33), sponsor of the bill, during the 2021 Virginia General Assembly session. Boysko and Del. Kaye Kory (D-38), sponsored the bills in the Senate (SB1379) and House (HB2250).  Both worked over multiple years to pass humane testing legislation. Both were recognized as legislators of the month in March for their work by Cruelty Free International, a 100+ year old British organization which works to end animal experimentation worldwide.

In 2018, Boysko, then a delegate, also successfully introduced legislation which requires a manufacturer or contract testing facility to use an alternative test method to 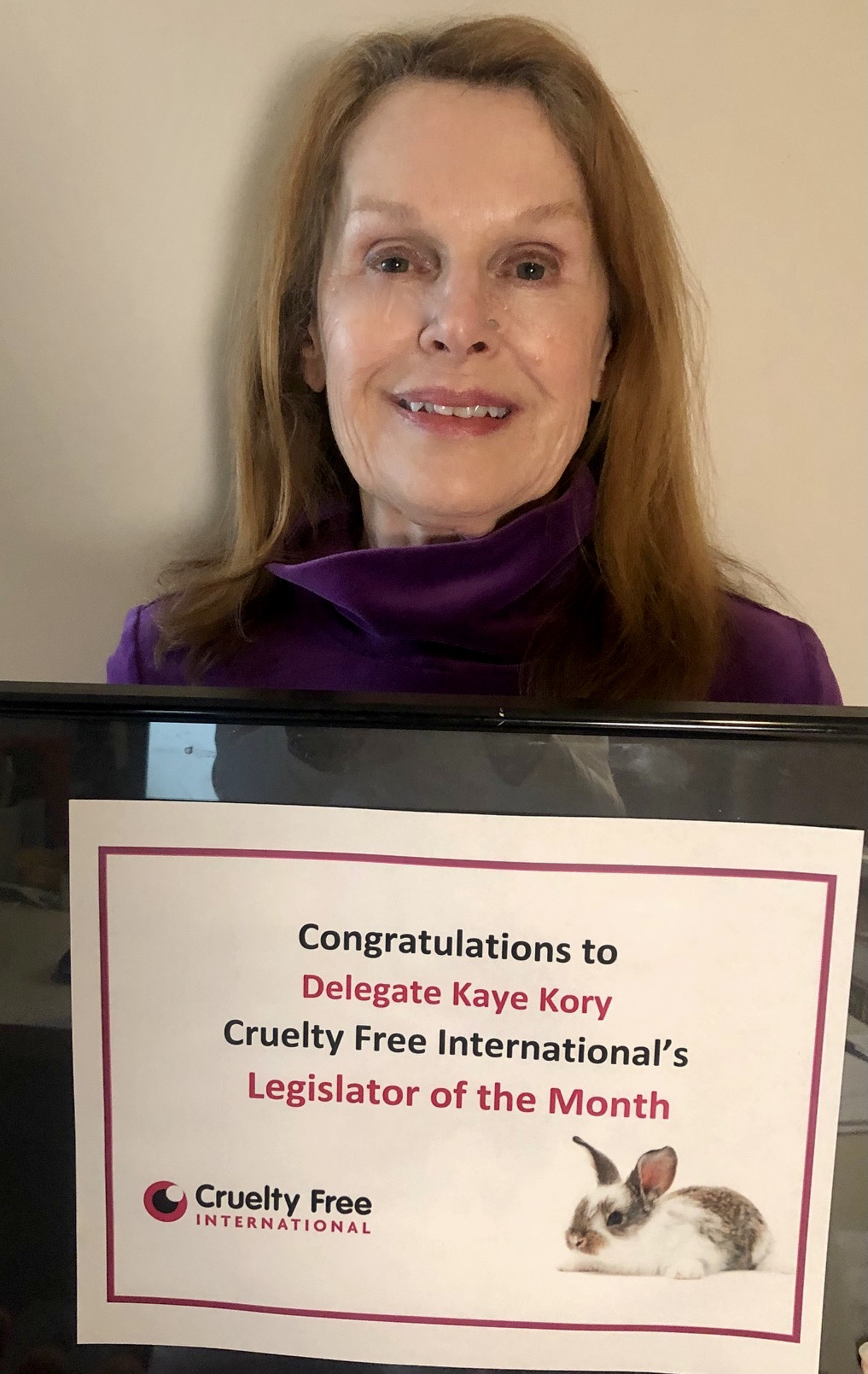 Under Virginia code, ”cosmetic" means any product intended to be rubbed, poured, sprinkled, or sprayed on, introduced into, or otherwise applied to the human body or any part thereof for cleansing, beautifying, promoting attractiveness, or altering the appearance, including, without limitation, personal hygiene products such as deodorant, shampoo, or conditioner.

Although Virginia is in the forefront of humane cosmetics legislation, there is no federal cruelty-free cosmetics law. U.S. Rep. Jim Moran, introduced the first national humane cosmetics testing legislation in 2014; becoming the first U.S. official to receive the Lord Houghton Award from Cruelty Free International. That legislation did not pass. In 2021, U.S. Sen. Cory Booker (D-NJ) and Moran’s successor, U.S. Rep Donald Beyer introduced bills “to substantially restrict the use of animals testing for cosmetics.” Neither bill has moved forward, leaving the U.S. behind other developed countries in instituting humane cosmetics practices. Over 40 countries worldwide have already ended the sale of new animal-tested cosmetics and rely on alternatives such as biochemical or cell based systems and computer modeling techniques instead.