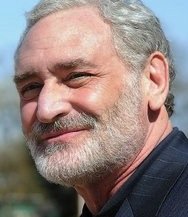 As members of the Alexandria School Board were behind closed doors in a one-hour executive session last week, Glenn Hopkins was thumbing through a draft report he was preparing to the release from the Student Achievement Advisory Committee.

Taxpayers to fork over almost $300,000 to buy out embattled superintendent.

With days left to go before the first day of school, leaders in Alexandria are searching for a new superintendent.

Column: The TC Transformation Story: Past, Present and Future

Many have long believed the excellence of T.C. Williams to be a fact. However, in March 2010, our community received a very different message from the U.S. and Virginia departments of education. Referring to end-of-course Standards of Learning (SOL) assessments from the 2007-09 school years, the U.S. Department of Education designated T.C. Williams High School as a Persistently Lowest Achieving (PLA) school, among the lowest 5 percent of Title I eligible schools in the Commonwealth of Virginia.

Members of the Alexandria School Board are standing by embattled school superintendent Morton Sherman, despite calls for him to step down in the wake of a scathing auditor's report.