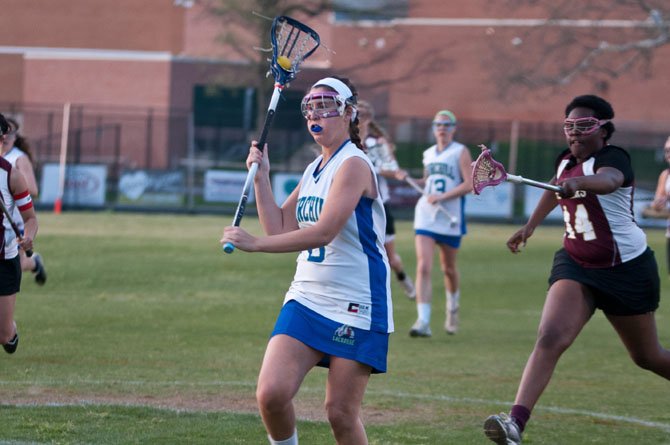 Potomac — Senior standout Mairin Hall said the Churchill girls’ lacrosse team doesn’t want to dwell on its March 26 loss to Damascus — the program’s first loss to a Montgomery County team since 2010 — but the defeat just might provide motivation for a Bulldog group rarely challenged in recent seasons. 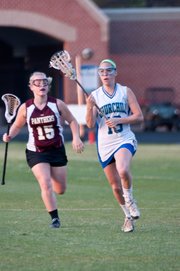 Churchill has reached the 4A-3A West Region final each of the previous three seasons, winning the last two. From 2009 through 2011, the Bulldogs’ record was 52-5, including a pair of losses in the state semifinals. But if Churchill’s resume gave the team thoughts of coasting to another region championship, losing at Damascus offered the Bulldogs a wake-up call.

"We’re obviously a great team with tons of amazing players," senior goalkeeper Alex Fox said, "but coming off the Damascus game, it was kind of an awaking that we still need to give 100 percent and come out expecting anyone can beat us on any given day."

The loss snapped Churchill’s 22-game win streak against in-county public school opponents, but it wasn’t a case of a clearly inferior team upsetting the Bulldogs. Damascus is off to a 3-0 start, outscoring its opponents 49-12, including a 16-7 win against the Bulldogs. Prior to the March 26 victory, Damascus was the last Montgomery County team to beat Churchill, knocking off the Bulldogs on April 30, 2010. Churchill also lost to Wootton that season.

"Sometimes it takes a loss to a good team," Churchill head coach Christen Gjeldum said, "to kind of have the girls understand that we’re not undefeatable."

Churchill responded to the Damascus loss with a 20-6 home victory against Paint Branch on March 28, improving the Bulldogs’ record to 3-1. Churchill scored the game’s first five goals, led 10-1 after 10 minutes of action and reached the 20-goal mark when Megan Brody scored in the closing moments.

"We’re obviously a great team with tons of amazing players, but coming off the Damascus game, it was kind of an awaking that we still need to give 100 percent and come out expecting anyone can beat us on any given day."

Hall, a senior attacker and Churchill’s top offensive threat, finished with five goals, increasing her team-leading season total to 21. She said the Bulldogs didn’t put pressure on themselves to respond with a win after losing to Damascus, instead taking a business-as-usual approach of improving from the previous contest.

"You can’t be undefeated [in the county] forever — [though] we would have liked to, obviously," Hall said. "I think we didn’t want to focus on the fact we lost last game and now we have to win this game. Every game we try to come out and fix the mistakes that we did last game." 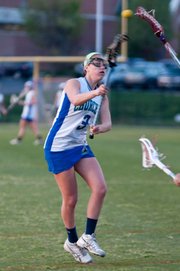 Hall and attacker Madelyn Flax have been key contributors in recent seasons. This year, each has assumed the role of senior leader. Flax scored three goals against Paint Branch, giving her six for the season.

While Hall and Flax are two of the most talented Bulldogs, Gjeldum doesn’t want the duo trying to do too much.

"They’re awesome," Gjeldum said, "but we have other awesome players, [as well.]"

Fox is used to being involved offensively, but enters this season with a new role. A former attacker, Fox moved to goalkeeper for her senior year after Achilles tendonitis had limited her mobility. Gjeldum said Fox has strong hand-eye coordination and good stick skills, which help her play the position. She entered the Paint Branch game with 19 saves.

"It’s nothing like I thought it would be," Fox said. "The amount of pressure it [presents causes me to] suffer about eight adrenaline rushes per minute. I respect our previous goalies we’ve had so much, and the defense, because it’s really the hardest position, I think."

Churchill will travel to face Walter Johnson at 7 p.m. on April 12. The Bulldogs’ next home game is April 14 against Whitman.