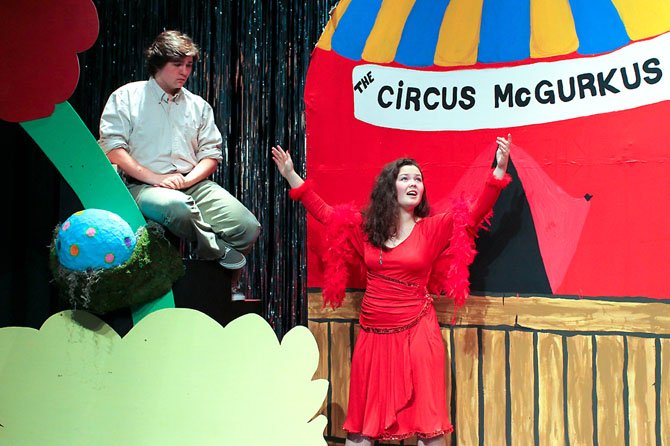 The West Potomac Theatre Department, headed by Philip Lee Clark, will present “Seussical the Musical” in the school’s Springbank Auditorium with performances for the public beginning April 25.

The show follows the adventures of such well-known characters as Horton the Elephant, the Cat in the Hat, Yertle the Turtle and The Whos down in Whoville as the show integrates storylines from more than 20 Seuss books into the script. The cast is comprised of more than 40 West Potomac students as well as 30 younger actors from eight neighboring elementary and middle schools.

This group of actors is led by seasoned performers and West Potomac seniors Ryan Walker (Horton the Elephant), Maddie White (Gertrude McFuzz), Rachelle Husband (Mazie La Bird) and Julia Warren (Cat in the Hat). Joining these actors is Waynewood sixth grader Aubrey Blount in the role of JoJo, the boy with a big imagination.