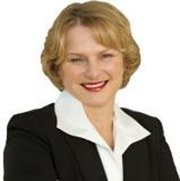 The number of homes sold for under $1.25 million in McLean and Great Falls was about the same for first quarter 2012 compared to the same time period in 2011. Delving into the numbers further reveals that the number of properties under contract for this price range is three-quarters of what was sold in all of the first quarter (as of April 2). If this pattern continues, that indicates that the second quarter should be substantially up over the first three months. The most significant distinction about this market segment is that there is so little available to buy. With the current absorption of homes, there is less than a 2-month supply of inventory. A balanced market is considered a 6-month supply of inventory, so this clearly indicates that McLean and Great Falls for under $1.25 million it is a great time to be a seller. Good homes priced correctly are selling quickly and with multiple offers.

Karen Briscoe and Lizzy Conroy are active and experienced Realtors in the Northern Virginia, Washington D.C. market place and would be delighted to assist whether for home buying or selling. The Huckaby Briscoe Group was recognized in September 2011 as one of the Wall Street Journal Top Real Estate Teams in the United States. Contact via the means most convenient:www.HBCRealtyGrou..."> www.HBCRealtyGrou..., 703-734-0192, Homes@HBCRealtyGr....

Market cycles tend to go in seven year interims, from peak to peak. Real estate values in the Northern Virginia market area peaked in 2005-2006. It has always been my prediction that this area should return to market peak in some segments beginning in 2012. The numbers for first quarter 2012, should they sustain through the year, indicate that we are on the road to proving this to be the case.