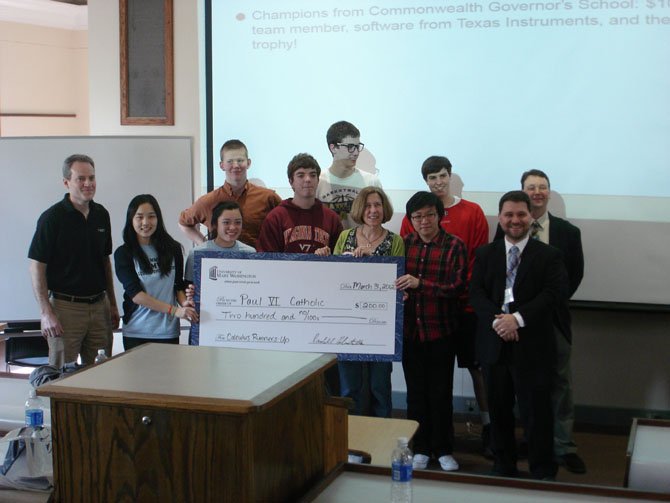 The two Calculus teams from Paul VI are presented with $200 for their achievement in the 6th annual Calculus tournament at Mary Washington.

“We have had between thirty and forty-five students show up for each of the tests and our final result reflects not only our consistent top scorers, but the depth of talent we have here at PVI,” shared Mrs. M. Christina Collier, Senior Math League moderator and Math teacher.

In a separate competition, the PVI Calculus team “Positive Infinity” placed second in the 6th Annual High School Calculus Tournament held at the University of Mary Washington on Saturday, March 31. Team members Chuck Conran, Yijung Hong, and Eun Chang Park each received a $50 prize for their performance in the day-long competition.