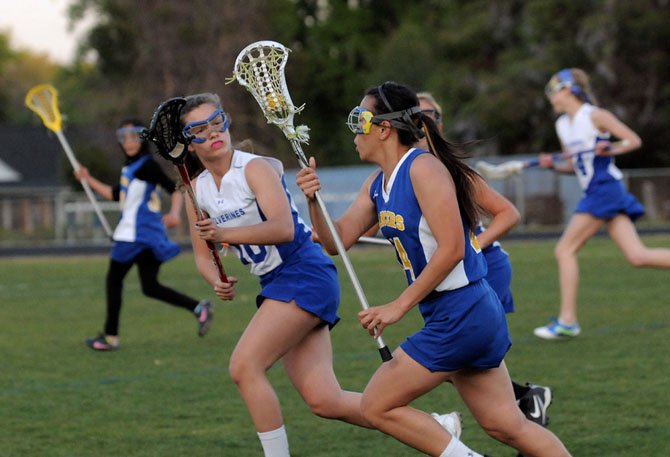 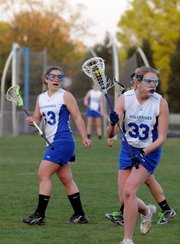 Unfortunately for the Lancers, Zdebski wasn’t nearly as passive during the game.

"I think she spent a lot of time on the bench last year [so] she’s showing me what she’s got," West Potomac head coach Lori Cochran said. "She’s only a junior. She’s really looking beautiful — lots of stamina [and] beautiful shots. … Karley is very, very quiet, but I’m telling you, when she gets angry she gets very aggressive. Every game, she has been really shining this season as a very, very strong player."

Zdebski was one of six Wolverines to score at least one goal. Senior midfielder Emily Hauptle, who will play at Marquette University next season, scored three goals. Junior midfielder Kate Schneider finished with two goals and senior attacker Annmarie Wood, junior midfielder Kelsie Whalon and sophomore midfielder Jordyn Elliot each had one.

"Karley is very, very quiet, but I’m telling you, when she gets angry she gets very aggressive. Every game, she has been really shining this season as a very, very strong player."

West Potomac’s depth was on display against Lee. The Wolverines had nine players on the bench due to injury, but that didn’t stop the team from securing a lopsided victory. West Potomac held a 6-1 advantage at halftime and led by as many as 10 goals in the second half. Defensively, Cochran said sophomore goalkeeper Catherine Fannon "did a stellar job."

"Finesse-wise, this wasn’t our best game," Cochran said. "But I think with nine on the bench and pulling up girls from JV, I think they played very well."

West Potomac has outscored its opponents 93-44, securing wins against George Mason, Edison, Mount Vernon, Hayfield, Annandale and Lee. The Wolverines will travel to face Woodson at 7:15 p.m. on Thursday, April 19, beginning a tough second-half to their schedule that includes games against West Springfield, Lake Braddock and South County.

"[Being undefeated] builds a lot of pressure," Mickevicius said, "because we haven’t faced the hardest teams on our schedule yet."