Splitting Time Between Potomac and Vermont 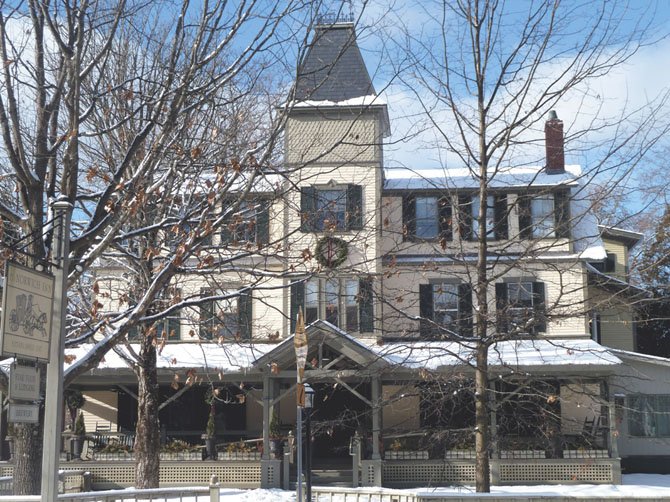 Readers who watched the 1980’s television sitcom “Newhart” will remember the Vermont inn that Newhart and his wife ran. The Norwich Inn, the implied setting of the show, is now owned by Potomac residents, Jill and Joe Lavin. Even though the inn is in faraway Vermont, the Lavin’s are enjoying the challenges, experiences — and fulfillment of their new title — the innkeepers.

Six years ago, they purchased the Victorian country inn. A former Marriott, Westin and Choice hotel executive, Joe Lavin had always wanted own a hotel or country inn. They had often stayed at the Norwich Inn while visiting their son, Tyler who attended Dartmouth University — just 1.5 miles from the inn. During one visit, Jill Lavin casually suggested buying the property. It wasn’t formally for sale — however, before she knew it, they became the new innkeepers.

“Little did I know the sale would actually happen, but by August 2006, we were the new owners. It’s been a wonderful experience — but it’s almost like having a teenager. You love them to death, but they constantly make you want to tear your hair out,” Jill Lavin said.

Splitting Time Between Potomac and Vermont 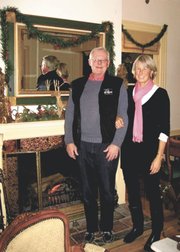 Instead of relocating to New England, they chose to remain permanently in Potomac, but spend half of every month at the inn. Having lived in Potomac for 26 years, they did not want to leave their friends, activities and the wealth of opportunities in the D.C. area.

The Norwich Inn was built in 1797 by Dartmouth graduate Jasper Murdock to operate as a stagecoach tavern and hotel. President James Monroe visited there in 1817. Throughout prohibition, owner Mary Walker, known as “Ma Walker” distributed bootleg from the basement — sometimes to Dartmouth students as depicted in cartoons from the hotel registry. Ma Walker still resides there as the inn’s ghost. “When something goes wrong at the inn, we always blame Ma Walker,” said Jill Lavin. “Several guests are certain that she has visited their rooms in the dead of night.”

The inn is constantly undergoing renovation and updating. The Lavins have added 23 new rooms, renovated their sunny Terrace dining rooms, added a wine cellar and brewer’s room, updated restaurant menus and turned it into a “green” property. Since they purchased not only an inn, but a microbrewery, restaurants and a pub, the undertaking has been an enormous, but rewarding project.

Norwich is a four-season travel destination. The area is filled with historical sights, music festivals, snow sports venues, summer activities and interesting tourist attractions. Just this month, there were cooking classes in the nearby King Arthur Flour headquarters, glass-blowing exhibitions at Simon Pearce, cross-country skiing, sledding, snowshoeing and outdoor ice skating — all within minutes of the inn. Many gourmet restaurants and boutique shops also flourish in the nearby region.

Reservations at the Norwich Inn can be made by calling 802-649-1143 or by e-mailing innkeeper@norwichinn.com. The website is www.norwichinn.com. Flights on Southwest Airlines from BWI to Manchester, an hour and fifteen minutes from the Inn are the most economical way to fly there — sometimes as little as $41 each way. Boston is about 130 miles from Norwich. Driving time is between 8 and 9 hours.