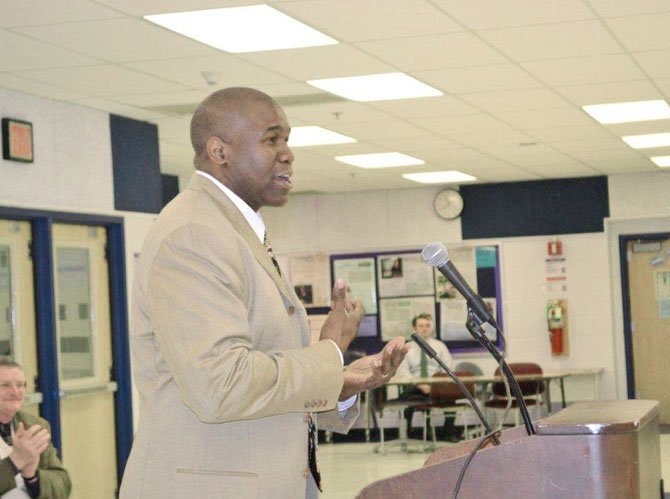 "The TeamEsteem started with the camps," Mackey said. "I believed in teamwork as being a strong component to a person's self-esteem. I felt that Pat Riley, who had patented the word 'Threepeat,' had something that was his unique word."

The word, TeamEsteem, he said, represents his coaching philosophy for a high school team and beyond. "TeamEsteem" has since been trademarked.

"It was 'TeamEsteem,' he continued, "meaning your team had to be prevalent in your school, home and community, on the basketball court or any area that you went, you represented your team. You had to have a word that summarizes that."

Since launching TeamEsteem within the school's basketball team and affiliated camps, Mackey has included it in his classroom. In 2011, with the help of talents and perspectives of his students, he wrote two books. One he co-wrote with his wife, Dana R. Colbert-Mackey, it’s geared toward younger children entitled, "A Successful Team Has TeamEsteem," with illustrations by at the time freshman student Hiwan Adhamon.

This was part of Mackey's plan to "empower youth to define their nitch and enhance their skills," an element of TeamEsteem.

"The concept of TeamEsteem is seizing veterans (adults) to build a rapport with young people to encourage them to follow their goals, refine their gifts that have been given to them on their arrival," Mackey said.

The second book, which he also wrote in 2011, "TeamEsteem is the Key to a Teen's Financial Dreams," which outlines the essence of the concepts and how it can help students achieve and pay for their post-graduate goals.

"He teaches life lessons and encourages entrepreneurship," Adams said. "Three or four businesses have started out of this classroom."

Adams, a member of the yearbook staff, said she is profiling Mackey and his latest book.

"It's how to manage money better," she said. "It is about evaluating what is good and what is not necessary, and about how to evaluate your top two priorities before you go through and spend money on something.

"I had a job at Coldstone Creamery last year, and I wish I'd read it then. I would have more profits in my bank account now if I had."

The last three to four pages of the books are quotes and perspectives of Mackey's students, Adams said.

"It is about evaluating what is good and what is not necessary, and about how to evaluate your top two priorities before you go through and spend money on something."

The signing will be "to introduce TeamEsteem to the City of Alexandria and to bring positive people together in an outstanding environment that promotes reading, which is one of our initiatives — to encourage students to be financially literate," Mackey said. "The goal of the event is to introduce positive people to young people who need role models."

WPHS Senior Evan Jenkins will be responsible for the background music during the signing. A pianist and a singer, Jenkins will be playing a variety from Ray Charles, the Beatles, Frank Sinatra and his own written music as well.

"I'm very thankful to have made contact with Mr. Mackey and have gotten this gig on the spot," Jenkins said. "[Mr. Mackey] is very inspirational and makes his speeches very personal, as though he's inviting you into conversation."

There will also be a financial summit on April 7 at the Carlyle Club to promote TeamEsteem.

Mackey owns real estate which is the foundation to D&D Enterprize, LLC, which funds the TeamEsteem Network and philanthropic efforts.

Ten sponsors are in negotiations for the DreamEsteem financial summit in April. Among the sponsors that are making the event possible include Peggy White of Long and Foster, BB&T, Burke and Herbert, Nate Wilson and the Carlyle Club is giving a generous discount.

Mackey said TeamEsteem is just at the beginning and he expects it to grow and to thrive in Alexandria and throughout Fairfax County and the rest of the East Coast.

"TeamEsteem and our network have a streamline growth drivers for 2012," Mackey said. "Our first quarter goal is to introduce the book throughout the United States, throughout corporations and organizations such as the military and the industry."

Secondly, Mackey said he hopes to continue the networking financial seminars that would take place in the spring and the fall, which includes the launch event in April.

"We will continue throughout the year at various locations locally and throughout the East Coast," he said. "We will be utilizing outreach associates who will represent the 10 concepts that we're introducing in this second book where we'll educate teenagers and our youth about knowing the concept of TeamEsteem, financial literacy and reading. We'll also be collaborating with different programs like AVIT and various programs throughout the city of Alexandria and Fairfax County." 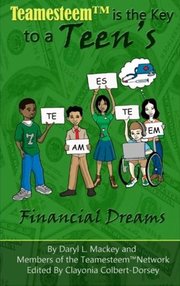 Mackey said the final piece and his ultimate goal is to follow the global vision that's been given to many members of the network: "To help our youth understand the concept of giving and sharing and reaching to give back to someone who is absolutely in need."