A Computer for Every PVI Student
Votes

A Computer for Every PVI Student 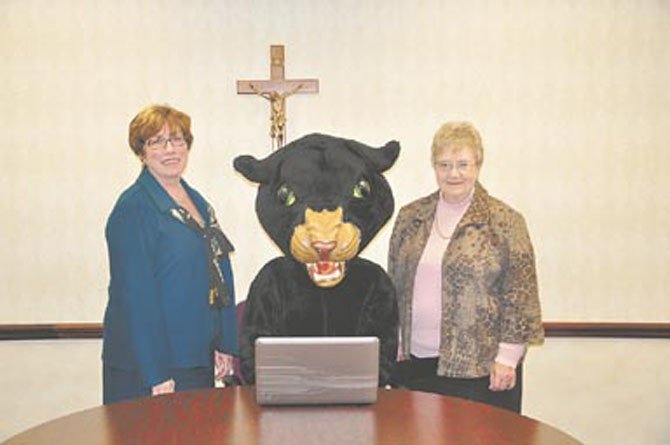 Fairfax — The School Board of Paul VI Catholic High School and the Office of Catholic Schools of the Arlington Diocese recently approved Paul VI’s business plan to implement a student laptop program. The incoming freshman class for the 2012-2013 school year will be the first class on the laptop program, which will be implemented their sophomore year. For the 2013-2014 school year, all incoming freshmen and sophomores will participate fully in the laptop program, followed annually by full laptop implementation for each successive freshman class.

Paul VI’s decision to implement a full-scale laptop program had its origins in the school’s strategic planning process, which commenced as the school celebrated its 25th anniversary.

In response, the school formed an investigative team, consisting of faculty, school leaders, parents, and outside volunteers, to research the benefits and challenges of bringing classroom technology to each student.

Through research, school visits, technology conferences, and the advice of professional educational consultants, the school’s 13-person laptop team recommended that Paul VI pursue and implement a full-scale laptop program. After being unanimously adopted by the Principal and the school’s strategic planning team, the business plan was unanimously approved by the school’s Board and the Office of Catholic Schools on December 8, 2011.

Classroom management software is a critical aspect of successful laptop programs. The software enables teachers to control and monitor how and when the laptop is being used.

Another one of the school’s critical success factors is training and supporting the faculty. The implementation team’s training plan will rely on a combination of school instructional technologists, outside volunteers, teacher collaboration, and outside educational consultants.

Want to learn more details about this exciting initiative?