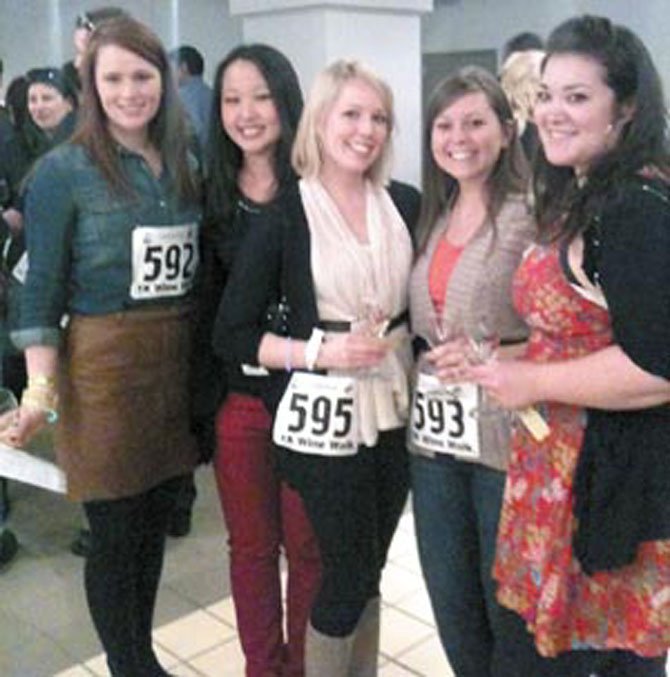 By By Montie Martin

Arlington — Long distance races require advanced preparation, determination and grit. 1K wine walks, on the other hand, require a willingness to step outside of boundaries and try new tastes. 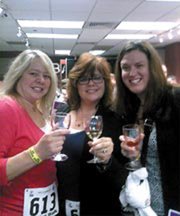 “People love wine, and when they walk away with a good experience they think of us,” said Angela Fox, president and CEO of the Crystal City Business Association. “We’re changing the way people perceive the city, in essence we’re giving it a soul.”

“Blending wine tasting and a race is pretty unique,” said Kellie Shevlin, a spokesman for the Washington Wine Academy. “It’s a fun event but we also want to educate and expose people to new wines.”

The Washington Wine Academy and Crystal City Business Association will hold the first 1K Beer Walk at the Crystal City shops on Jan. 21 and 22. Participants meet at 2200 Crystal Drive for the start line, and the event runs from 2-7 p.m. Tickets cost $35 and can be purchased at washingtonwineaca...

Nearly 2,000 people took part in the two-day 1K. Participants received a race bib number, a t-shirt, wine glass and 20 sampling tickets good for 5/6 of a bottle of wine.

Beth Langston, a telecom analyst from Alexandria, competed with her friends and appreciated the uniqueness of a race combined with wine tasting. “It’s a clever way of attracting people,” said Langston. “The 1K is obviously not an athletic event, but we’ve been training for weeks.”

The 1K boasted 46 wines from nine countries, as well as a mix of reds and whites from California, Washington and Virginia.

Jefferson Viognier 2010, a Virginia white and gold medal winner of the Taster’s Guild Competition, stood out among the very best. “The Viognier has had a good reception, it’s a real palate cleanser,” said Chantel Mann, a wine expert from Prince George’s County. “It’s a good one and can hold its own.”

The talk of the event, however, was the South African Jam Jar Moscato 2011. Conditions for Moscato were particularly favorable in South Africa thanks to a slightly cooler February in 2011, and event organizers ordered five cases of the sweet white to meet demand.

“I never heard of Jam Jar before, it has the right amount of sweetness,” said Deborah Patrick from Woodbridge. “I tend to favor German wines, they were all I ever drank, but now I’m sold on South Africa.”

Exposing the public to new tastes and styles of wine was a major goal for the Washington Wine Academy. “People drink a lot, but we want them to taste,” said Shevlin. “We want people to understand what they are drinking, why they like it or do not like it.”

“People love wine, and when they walk away with a good experience they think of us.”

In terms of destination promotion, the direct benefits of the 1K at Crystal City were mixed. 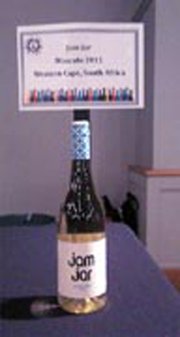 The South African Moscato 2011 was the highlight of the 1K Wine Walk for its sweet taste and high quality.

According to Eli Kashi, a sales associate with Real Jewelers, the event drew a higher crowd than on a typical Saturday. “Normally people come for the event, but more are stopping in to take a look which is always good,” said Kashi.

Judy Chou, owner of the stationary boutique Off the Wall, found that wine walkers were more interested in the next glass than shopping. “I saw a lot of people, but they didn’t come in to buy anything,” said Chou. “The business association wants to help, but the purpose is to try wine.”

Local restaurants seemed to fare best from the influx of wine drinking racers. “I come back to the Crystal City restaurants,” said Langston. “Last year we went to Ruth’s, now that Jaleo is sponsoring the event we may end up getting tapas.”

Despite potential misgivings on the direct benefits to Crystal City shops, event organizers have determined that 1K walks have an overall positive effect. Based on the warm reception from wine walkers, organizers have decided to expand the program to include a new 1K Beer Walk on Jan. 21 and 22.

“People want to have fun even if the weather is bad. We have great interior walkways, an excellent location and easy access,” said Fox. “When people walk away happy, businesses are happy.”