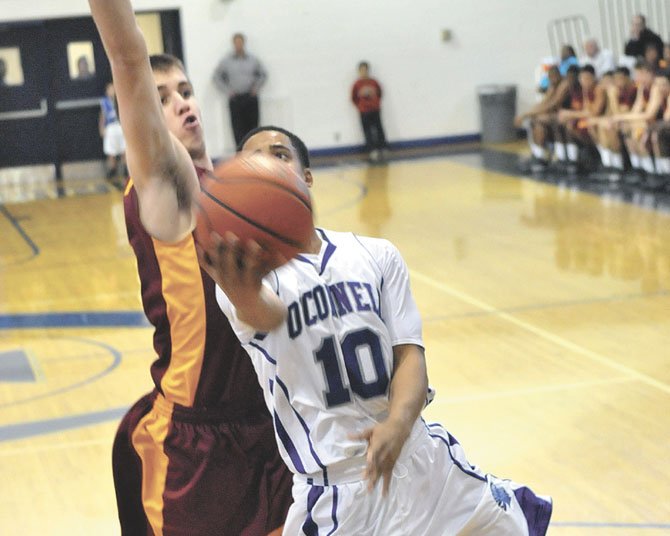 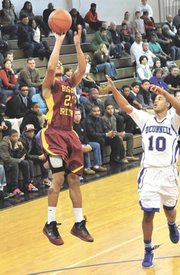 Alexandria — Third-year Bishop Ireton boys basketball coach Neil Berkman said the team’s rebuilding process is proceeding as planned, calling the Cardinals a "program on the rise." On Jan. 16, however, Ireton was "dismantled" by an already established Bishop O’Connell program.

The Cardinals played well early, building a 17-8 first quarter lead, but the Knights came surging back and ran away with an 80-61 victory at O’Connell. Ireton showed signs of life, pulling to within five when Davon Wiley’s 3-pointer made the score 37-32 early in the third quarter, but the Cardinals could not match the Knights’ size and athleticism.

While Ireton fell short against O’Connell, there has been plenty to get excited about for the Cardinals. Ireton has already matched last season’s totals for overall victories (10) and wins in the Washington Catholic Athletic Conference (2) — a conference Berkman called the "toughest league in the country bar none, hands down." And with eight sophomores and juniors on the roster, many of the Cardinals’ primary contributors will return next season and beyond.

Wiley, a junior guard, is arguably the team’s top offensive threat. He scored 13 points against O’Connell, including eight in the first quarter.

"Davon, first of all, is a terrific kid off the court," Berkman said. "He brings a lot of things to the table. He’s a good scorer. He’s not a great shooter, but he’s a good scorer. We like when the ball goes in the basket. … He has an old school mid-range game that’s kind of been lost lately."

Sophomore guard Taylor McHugh led Ireton with 16 points against O’Connell, including a 3-pointer that gave the Cardinals a 24-19 lead in the second quarter.

"Taylor has a chance to be special," Berkman said. "He just came off a should injury and he’s a competitor. He’s motivated and he’s going to become a pretty good leader."

Sophomore Dan Noe scored 14 points for the Cardinals, knocking down a pair of 3-pointers.

"He brings versatility — he can play the 3 or the 4," Berkman said. "He’s going to eventually become a matchup problem. If you lay off him he can shoot the ball. He can play with his back to the basket, which a lot of kids don’t like to do today."

"It’s not convincing them, it’s conveying a sense of deserving to win, expecting to win and working hard and not being surprised we’re winning games."

Berkman said junior guard Louis Khouri is also a key contributor. He scored six points against the Knights and during a four-game stretch this season posted a 4-to-1 assist-to-turnover ratio.

Berkman, who coached at Coastal Carolina and Cornell along with other high schools, said the Cardinals are working hard and trying to change the culture around the program, but he doesn’t feel he needs to convince the Cardinals they can win in the WCAC.

"It’s not convincing them," Berkman said, "it’s conveying a sense of deserving to win, expecting to win and working hard and not being surprised we’re winning games."

Next up for Ireton is a road game against Paul VI at 7:30 p.m. on Friday, Jan. 20. The Cardinals will get another shot at O’Connell in the regular season finale on Feb. 17.

Things are looking up for Ireton, but the Cardinals still face a tough WCAC road ahead.

"O’Connell did a terrific job of dismantling our team," Berkman said. "They were tougher than us and they played hard and deserved to win. Hats off to them and we look forward to the rematch on senior night."