McLean — Three Boy Scouts from Troop 869 of Trinity United Methodist Church in McLean will receive their Eagle Scout awards at a Court Honor to be held on Jan. 29 at St. Thomas Episcopal Church. William Augustine "Gus" Newton, Joseph Braeden Sebastian and Nathaniel A. "Nate" Webber are all seniors at Langley High School.

Gus, Braeden and Nate are long-time Scouts, demonstrated leaders both in positions held and through example, who have achieved Scouting honors and have helped younger Troop members to help them grow as Scouts. Through hands-on experience, they have learned many practical skills en route to becoming Eagle Scouts. 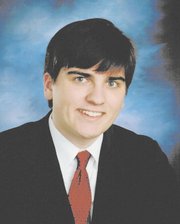 Gus Newton started scouting as a Tiger Cub in Pack 1144 at Andrew Chapel on Trap Road in Vienna in 2000. Upon achieving his Arrow of Light, he crossed over to Troop 869. As a member of the Troop, he participated in many charity events such as Scouting for Food and selling Christmas trees. For his Eagle Project he built a monarch butterfly garden at Churchill Road Elementary School. The monarch butterfly garden has become part of the Second Grade curriculum and will help the students at the school learn about the monarch butterfly and the life cycle of the milkweed plant.

Gus will be attending Christopher Newport University next year, and has been accepted into its Presidential Leadership Program. 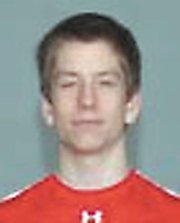 Braeden Sebastian joined Troop 869 in 2005 after completing Cub Scouts. He plays volleyball and swims and dives for Langley High School, and is involved in the Guiding Eyes for the Blind Foundation. He did his Eagle Project in support of the Northern Virginia Soil and Water Conservation Agency, marking dozens of local storm drains to remind residents to preserve the integrity of our water supply. Braeden plans on attending Virginia Tech next year to major in Engineering. 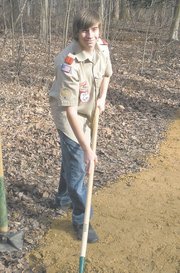 Nate Webber started his Scouting journey at age 11. An avid canoeist, he participated in every canoeing trip that Troop 869 offered. Those trips and other wilderness adventures taught Nate planning, leadership and self-reliance. And there was nothing better than getting thrown out of a canoe into the icy waters in Northern Ontario. Nate also travelled to Malawi, in southern Africa, in 2008 with seven other Scouts to do service projects and learn about the Malawian culture. The Troop helped to upgrade the country’s Scout camp, and raise funds for and paint an orphanage school. They also climbed a 6000-foot massif, went on a safari, and met President of Malawi. Nate’s Eagle Project restored and reconditioned two access trails in Great Falls National Park.

Nate is planning to study foreign affairs and political science, either through a military academy or a liberal arts college.